Range of the Pole Cat the ancestor of the Ferret 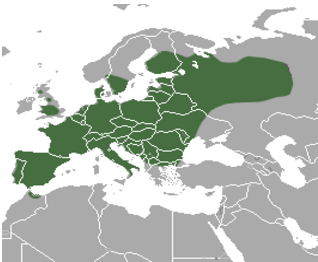 Roughly 1 foot long from tail to snout and weighing less than 2 pounds, the Domestic Ferret is a highly agile predator capable of bringing down animals nearly twice their size. Ferrets legs and tail are typically black while their body is a complex grey with white and black shading while their face is white with a black mask covering their eyes. Their long slender body and strong claws allow it to exploit burrows and tunnels in search of prey. Anatomical: Extremely flexible and highly agile ferrets are known for being able to find their way into nooks and crannies in search of their prey."

Just as dogs were domesticated from wolves, Ferrets were domesticated from the European Pole Cat. This weasel like mammal shares the same family as otters, skunks, mink and wolverines. Crawling through rabbit tunnels or into rat holes, ferrets specialize on killing rodents that humans consider problematic. Ferrets were used to keep disease carrying rats out of castles in medieval Europe.

Being an obligate carnivore, a ferret's main source of energy comes from metabolizing proteins. With a lack of complex sugar in their diet ferrets lost the ability to process sugars. As a result of not consuming sugars, the energy levels of a ferret is limited and reduced to 6 hours a day, sleeping the other 18 hours. 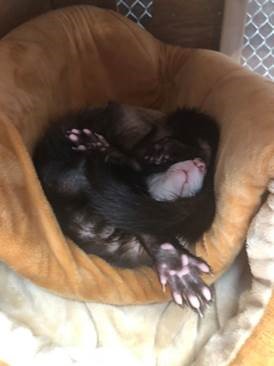 Since their domestication, the typical habitat of the domestic ferret is a suburban setting alongside humans. Typically kept in cages, some owners may choose to let their ferret wander around the home, or equip them with a leash to take on walks. Habitat requirements in captivity include soft nesting materials such as blankets or stuffed animals, plastic tubing for tunnels which ferrets like to hide in and a well enclosed space to keep them from escaping.

Ecological Role: The original purpose for domestication was to hunt rodents, making their homes among medieval castles ferrets were typical pets of aristocrats and royalty. Unfortunately, many ferrets escape suburban life and become wild ferrets, which are able to hybridize easily with other mustelids like skunks and weasels, making a ferocious hunting machine that can devastate native fauna. Ferreting as a sport evolved in the 18th century; hunters would use ferrets to chase rabbits from their den and is still a practiced sport today. Wild Diet: As a pet, ferrets receive a supplemented diet consisting of a specialized kibble with the general nutrients required for a healthy ferret in addition to raw meats when available. A ferret will eat any animal it can successfully kill, including rats, mice, rabbits, snakes, birds, bird’s eggs and insects. Predators: Mostly birds of prey, owls, eagles, hawks, mammals like coyotes, foxes, badgers and poisonous snakes such as rattlesnakes. 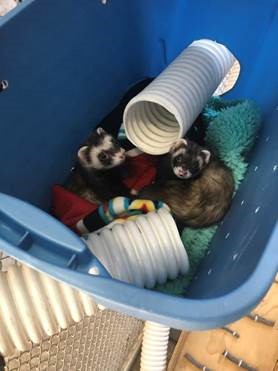 Crepuscular by nature, ferrets sleep up to 18 hours per day and are mostly active in the morning and evening. Scent marking makes up a majority of ferrets day along with hunting. Ferrets are susceptible to diabetes and may have blood sugar issues affecting their activity making sick ferrets more fatigued and less playful.

High levels of activity and their amiable nature make ferrets highly sociable and tolerant of each other. Their urge to scent mark is very strong and part of their instinct, running from place to place rubbing their bodies on anything they can reach helps ferrets to establish a wide territorial range.

Ferrets are quite gregarious and enjoy lots of attention and company. Groups of ferrets will often burrow or nest together to keep warm and will also groom each other to reinforce social bonds. Like all mustelids, ferrets have strong scent glands which they use to mark their territory.

Breeding begins in March and lasts until August, female ovulation is photosensitive, meaning females won’t be reproductively capable until a particular threshold of sunlight is maintained. Nearby males will begin to sense the female's hormones which are released by her scent glands. These hormones signal male competition. Males will fight to compete for breeding dominance. Ferrets will mate for several hours with males biting and dragging the female around during the process which is often violent.

Kits are born with their eyes closed, without fur, claws and teeth and must be weaned on mother's milk until they are old enough to eat solid food making them altricial. 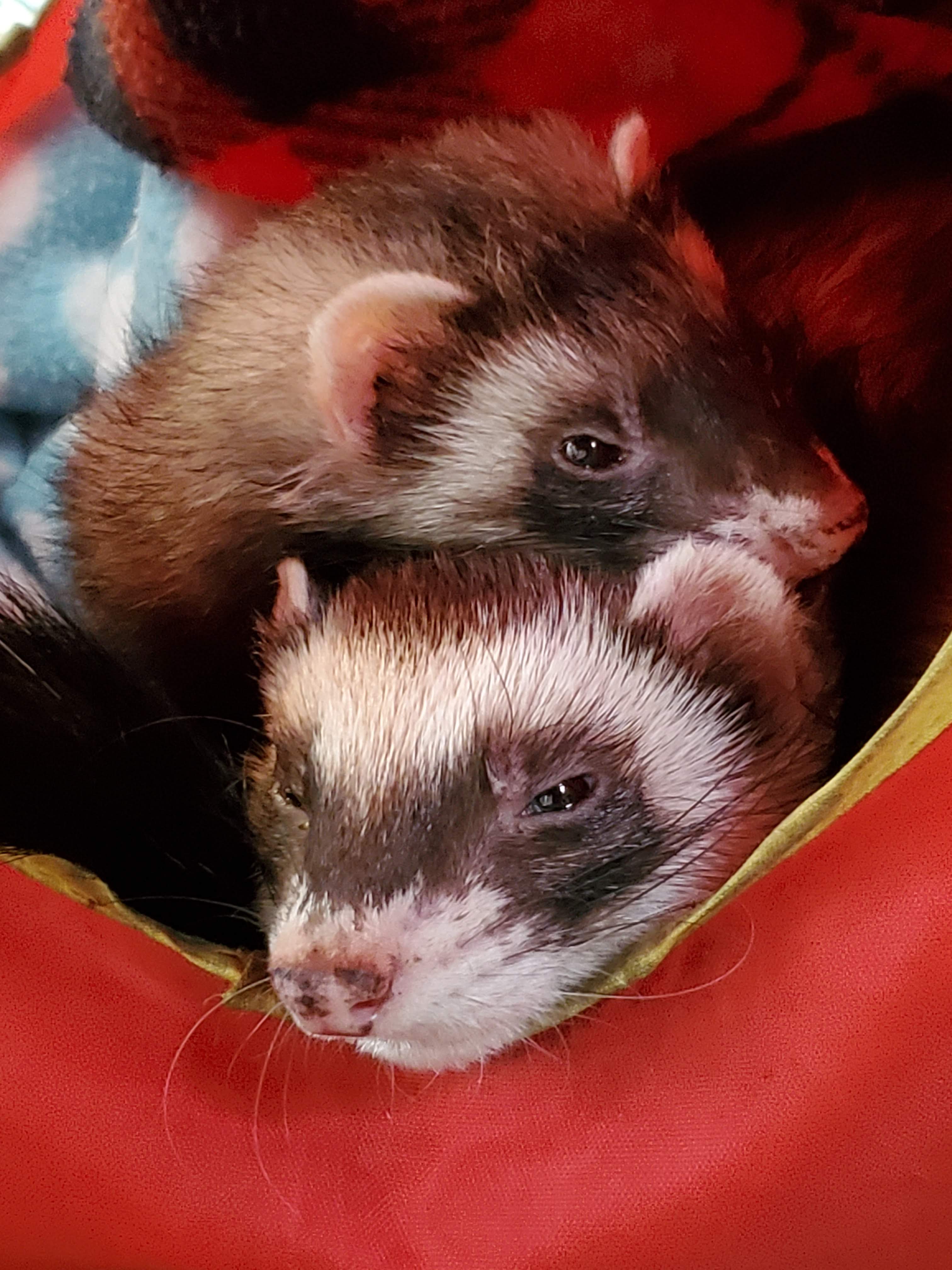 Domestic Ferrets are listed as a species of Least Concern due to its close relationship with people as a pet. In fact, more concern is raised if a ferret becomes feral in an environment. Due to their ability to hybridize with other mustelid species, and their suburb hunting instinct it would be considered a burden on native species if domestic ferrets became wild.

Historically found in Europe, several events occurred where domestic ferrets escaped or were released by their owners into the wild. New Zealand in particular is suffering from wild ferret populations which are responsible for wiping out vast numbers of native species. They are illegal to own in California and Hawaii without permits and Canada has outlawed the ferret pet trade entirely.

As a way to educate the public on the dangers of invasive species, Oakland Zoo has 2 ferrets which are used in community programming. People are always sad to learn that it is illegal to own ferrets as pets in California, but are relieved to know that native species are being conserved from these cute, ferocious pets.

Keep from illegally importing ferrets in California, and help to inform others about the danger of having ferrets as pets. If you have pets, such as a cat, keep them indoors or trim their claws so that they do not eat native bird species. 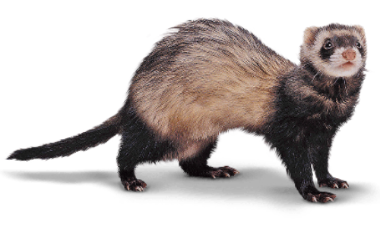