SW US, Texas and Mexico 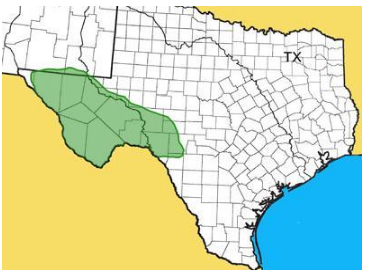 "A small to medium sized snake ranging from 3-4 feet in adult length, rear fanged snakes whose scales grow in uniform bands alternating from grey to a shade of orange or red and accents of black or white. These snakes have a rather small, wide head with large eyes and round pupils. Like other snakes lacking venom, the Grey Banded King Snake is adapted for constriction to subdue its prey. Fangs situated in the rear of the snakes mouth allow the snake to hold on tight while it maneuvers its coils into position around the prey of choice."

All snakes in the Genus Lampropeltis, also known as the King Snakes, have some degree of venom immunity which enables these snakes to extend their diet to other snakes considered venomous to other animals, such as the Rattlesnake or Coral Snake which shares its territory with the Grey Banded King Snake. 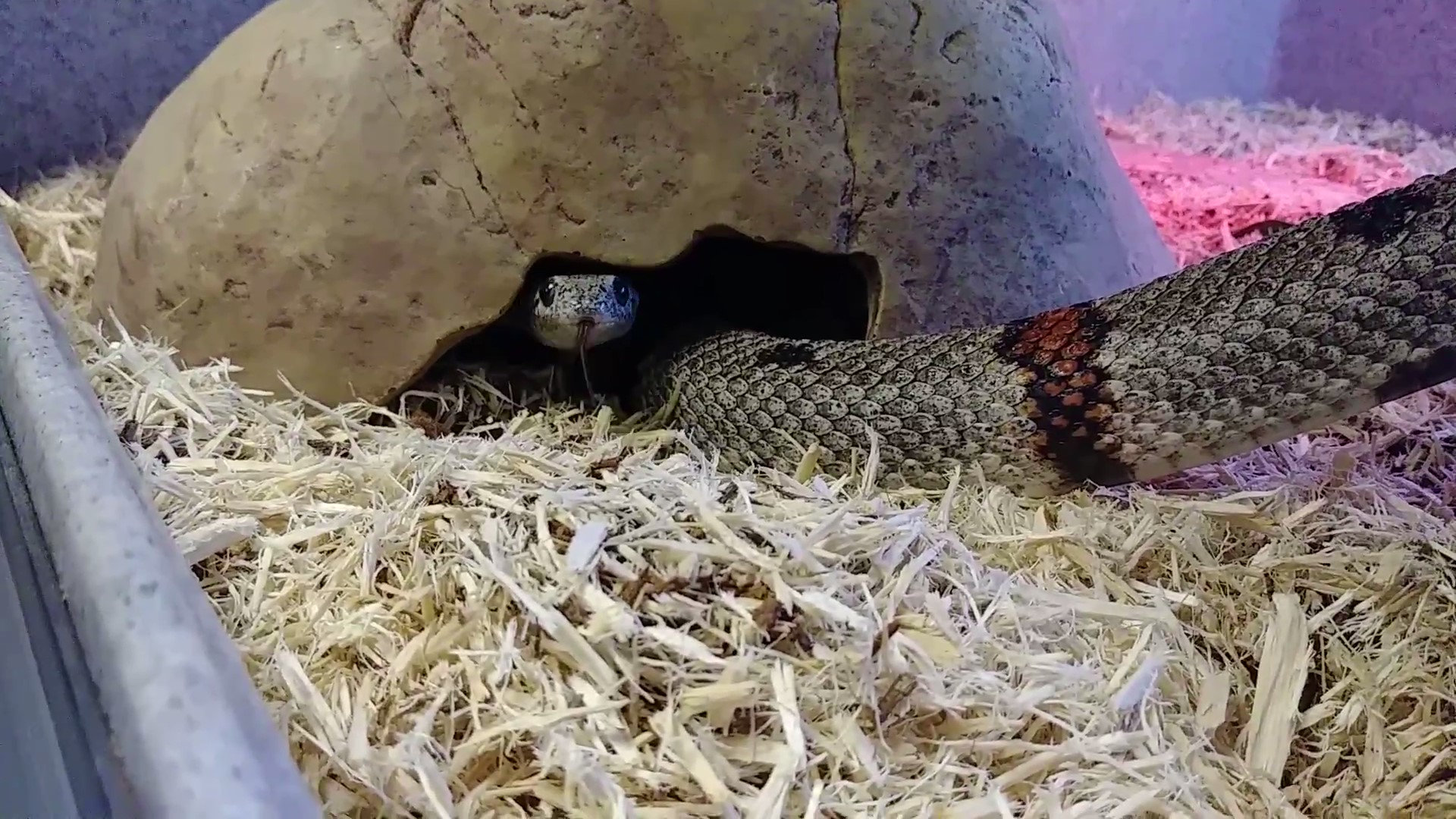 Occupying a very small ecological range, these snakes are often difficult to locate in the wild. From a small patch of South West Texas, SouthEast New Mexico and Northern Mexico, Grey Banded King Snakes are found at sea level up to elevations of 8,000 feet. The terrain is often considered impassible by researchers, being centrally located in rocky, mountainous desert accented with steep cliffs and sharp canyon walls.

Ecological Role: Fulfilling an ecological niche within its habitat the Grey Banded King Snake is a valuable predator of Rattlesnakes which aids in keeping the population of the venomous snake in check where their ranges overlap. Without a predatory population of King Snake, some areas may be overwhelmed with venomous snakes such as Rattlesnakes or Coral snakes. The presence of King Snakes is often welcomed among rural and agricultural communities for this reason. Wild Diet: These snakes have been recorded preying on a variety of small animals including mice, squirrels, rabbits, rats, frogs, lizards, birds and rattlesnakes, Grey Banded King Snakes are nocturnal carnivores. Predators: Other nocturnal predators will consume Grey Banded King Snakes including Cats, Foxes, Coyotes, Badgers, Skunks, Raccoons and birds of prey. 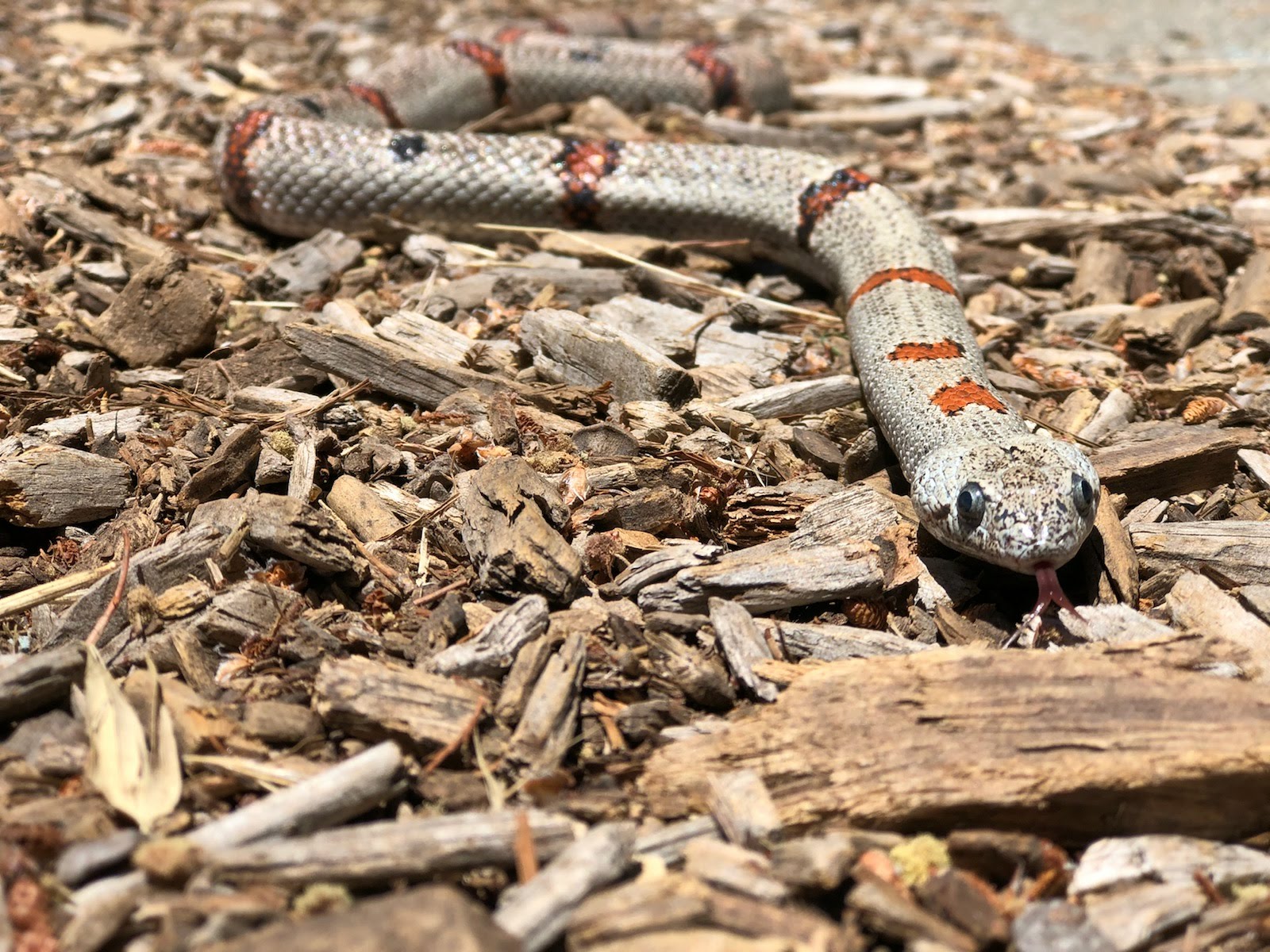 Again, as with most reptiles, activity is temperature and season dependent. Favoring warmer temperatures and good sunlight for basking, Grey Banded King Snakes will go into hibernation dormancy through the winter months from November until March and may undergo brief dormancy in the heat of the summer around July and August. These snakes are actively hunting during the night and will bask in the day; as such they are considered to be nocturnal.

These snakes have adjusted to their environmental conditions by altering their activity patterns throughout the year to meet their temperature sensitive demands. These changes allow the snake to remain elusive to researchers and predators alike.

Upon leaving their winter hibernacula, usually in March or April snakes will begin a period of eating to gain nutrients necessary for reproducing. At this point females will shed their skin which marks the beginning of their ovulation. Pheromones are released by the female which signal males to start fighting for breeding access. Male competition is much the same for these snakes as it is with others, ritualistic biting and wrestling with intertwined bodies in attempts to pin one another.

The IUCN and CITES both list the Grey Banded King Snake as a species of Least Concern due to the inhospitable nature of their habitat. This leaves most of their range protected and undeveloped. New Mexico Fish and Game has recently placed the Grey Banded King Snake on the endangered species list for the state and collection is illegal, whereas in Texas, the snake is not listed and collection is restricted by permit.

Notable changes have occurred within their historic range; populations occurring along roadsides have experienced severe decline due to vehicle impact and collection for the exotic pet trade. Today, snakes are confined to a small region in southern Texas and New Mexico and Northern Mexico and remain virtually undisturbed within the Mountainous desert and canyon habitats where they reside.

Oakland Zoo is home to one Grey Banded King Snake who is used in our educational programming throughout the community.

Snake researches revere the Grey Banded King Snake as one of the most elusive snakes, considering it a privilege to see one in the wild.