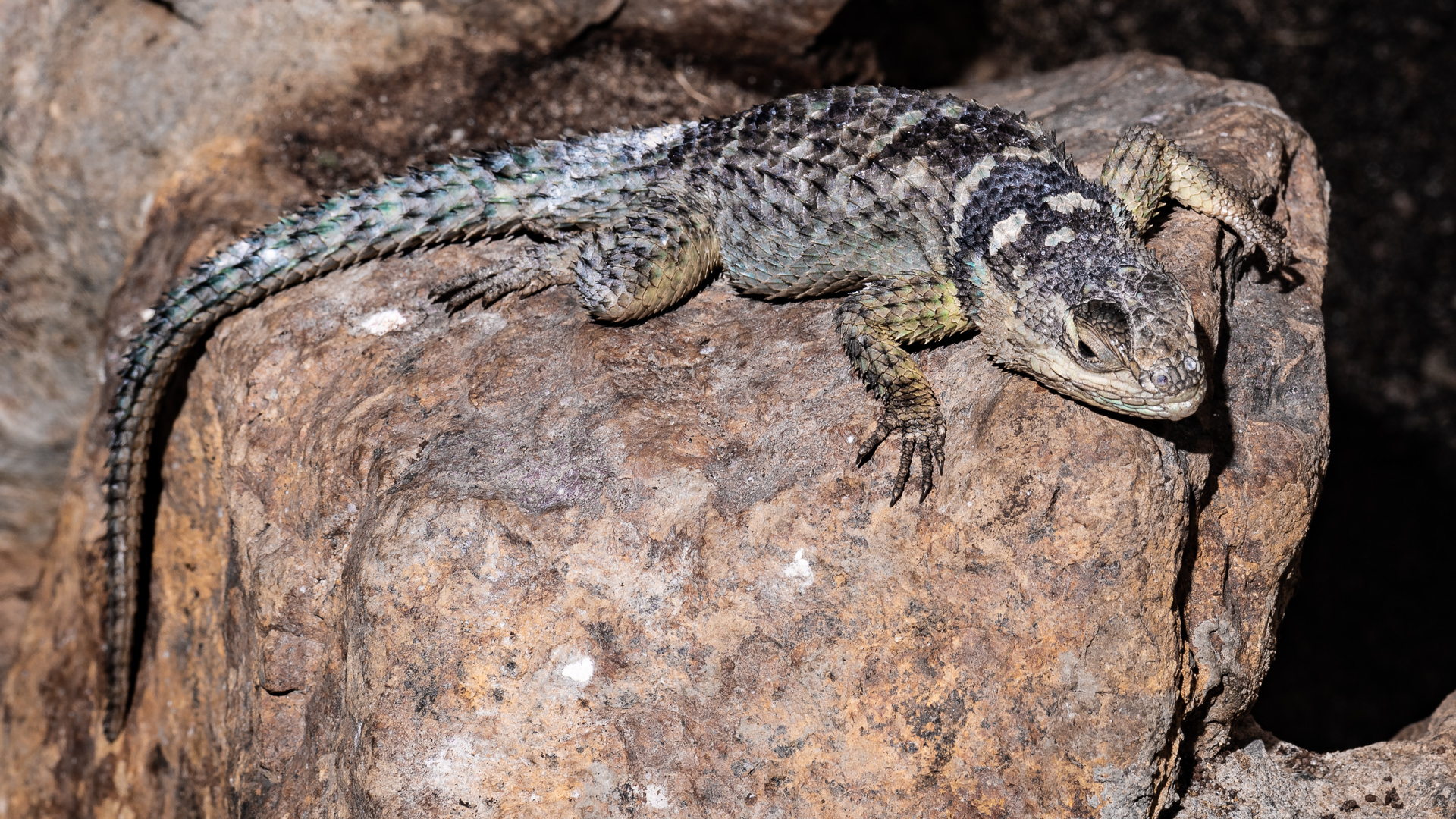 Biggest of the spiny lizards, S. cyanogenys, can be up to 14 inches in length, including the tail. Tails are longer than the body. This is a stocky, grayish-brown lizard with white spots on the head and back and a distinctive white-bordered black collar around the neck. Males have a blue-green sheen to their backs and a blue chin, throat and belly. The scales of the back feel very rough, for each scale bears a keel ending in a sharp spine.

Sexual Dimorphism. Male lizards have metallic green/blue on their backs and a tail with white flecks. Males also have a blue chin and throat. Females and young lizards lack the blue-green coloration and belly patches and have grey throats.

This lizard is a good climber of rocks and trees, but can also be found on the ground. They are called spiny lizards because of their large, pointed scales. The spines may deter some predators. The tail can break off as an escape mechanism.

Seeks shelter in rocky crevices underground. Prefers rocky terrain in arid and semi-arid environments, where it is commonly seen on boulders, rock piles, cliffs, bridges, and in dry creekbeds.

Rocky hillsides and scrublands of south Texas and northeastern Mexico.

In disputes, the Sceloporus male bobs his head very frequently, moving it up and down with incredible speed. A weaker male will flee. If the rival doesn't withdraw, he will turn broadside and flatten his body so as to present the greatest area and display the flowing blue of the belly.

This species of Sceloporus is ovoviviparous, i.e. gives birth to live young. From February to June, females give birth to 6-18 little lizards.

Baby lizards are about 2" in length.

Not endangered. Listed as a species of Least Concern by IUCN.