Throughout California and parts of North, Western Mexico and Baja from Sea Level to elevations of 7,000 feet in the Sierra Nevada Mountains. 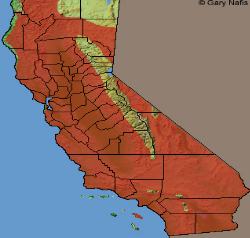 Although highly variable in appearance, the general pattern of alternating dark and light bands can range in color from black and white, to brown and tan or yellow. Scales are smooth, shiny, and unkeeled (without a raised central ridge). This non-venomous snake rarely exceeds 3.5 feet in length and are 2 feet on average.

Like all Colubrid Snakes the fangs are located on the back portion of the snakes jaw.

Anatomical: Various color morphs exist in nature each specific to its habitat allowing snakes to blend in with natural surroundings, tan and brown with lighter tones for desert dwelling snakes, darker colors for more wooded areas. Physiological: Posses enzymes which break down the toxins in some venomous snake bites such as rattlesnakes, making them somewhat immune to the venom. May also spray musk when agitated or defecate. 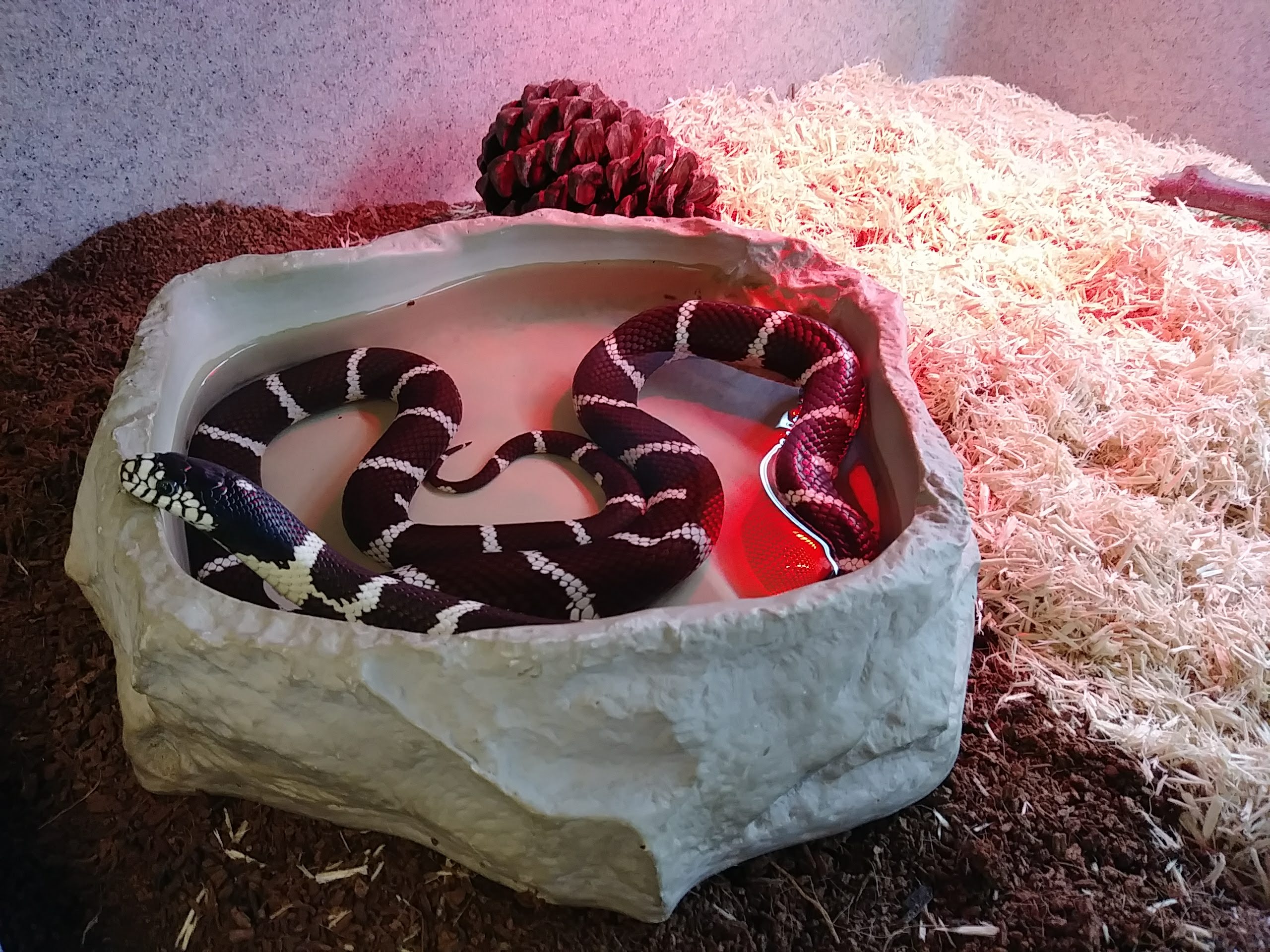 Occupying a variety of habitats from grassy prairies, mountainous woodlands, scrub chaparral, deserts, and marshlands to urban areas including farms and ranches.

These non-venomous snakes use constriction to kill their prey, upon which they swallow it whole. Most notably associated with rattlesnake predation, these snakes have quite a mixed diet ranging from small rodents to lizards, eggs of all kinds, frogs, turtle hatchlings and birds.

King snakes are considered somewhat immune to the venom of rattlesnakes, this adaptation has allowed king snakes to feed on rattlesnakes as a common part of their diet in the wild. These snakes are Oviparous, in other words, egg laying reptiles where the mother incubates the eggs, in the case of the California King snake, an average of 8 eggs are incubated for up to 6 weeks. California King Snakes are not considered endangered, and have a life span of 20 years. Predators: Owls, Hawks, Badgers, Skunks, Raccoons, Coyotes and Humans. 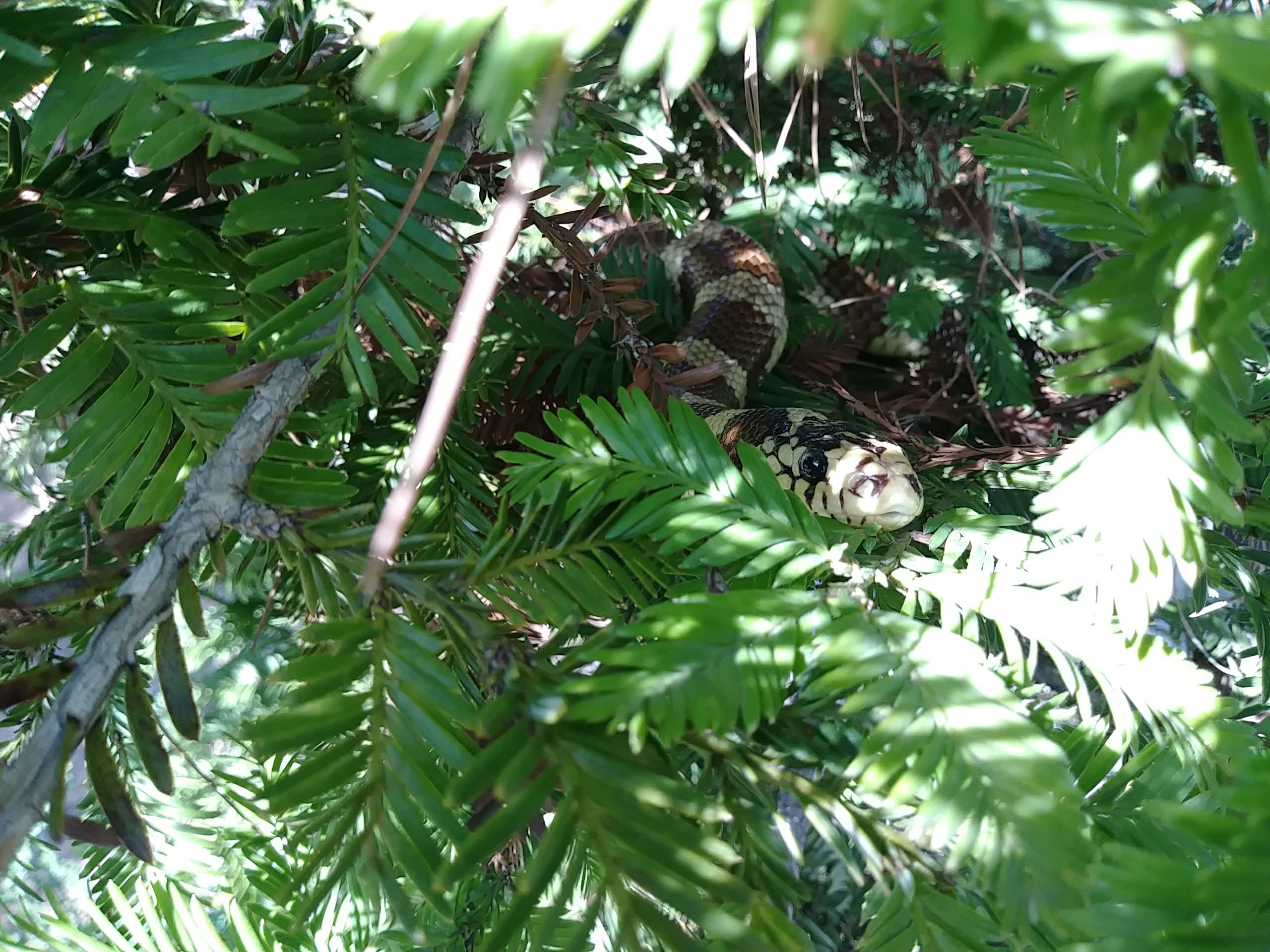 In the wild, Ca. King Snakes Hibernate (called Brumation for cold-blooded animals) in cooler months through the fall and winter, and spend time basking in the warmer months in spring and summer. In the Zoo, however, snakes are active year round.

Will hiss, strike and play dead to avoid predation, it may mimic rattlesnake behavior as a warning sign to potential predators.

As is common for all snakes, Social Behavior is mostly non-existent except in mating seasons, where males will compete with other males for territory.

Males will compete for females by attempting to position themselves on top of the other male and biting his rival. Mating between males and females occurs after emerging from hibernation and after her first shed. Mating occurs in the spring, eggs are laid in the early summer and hatch by fall. 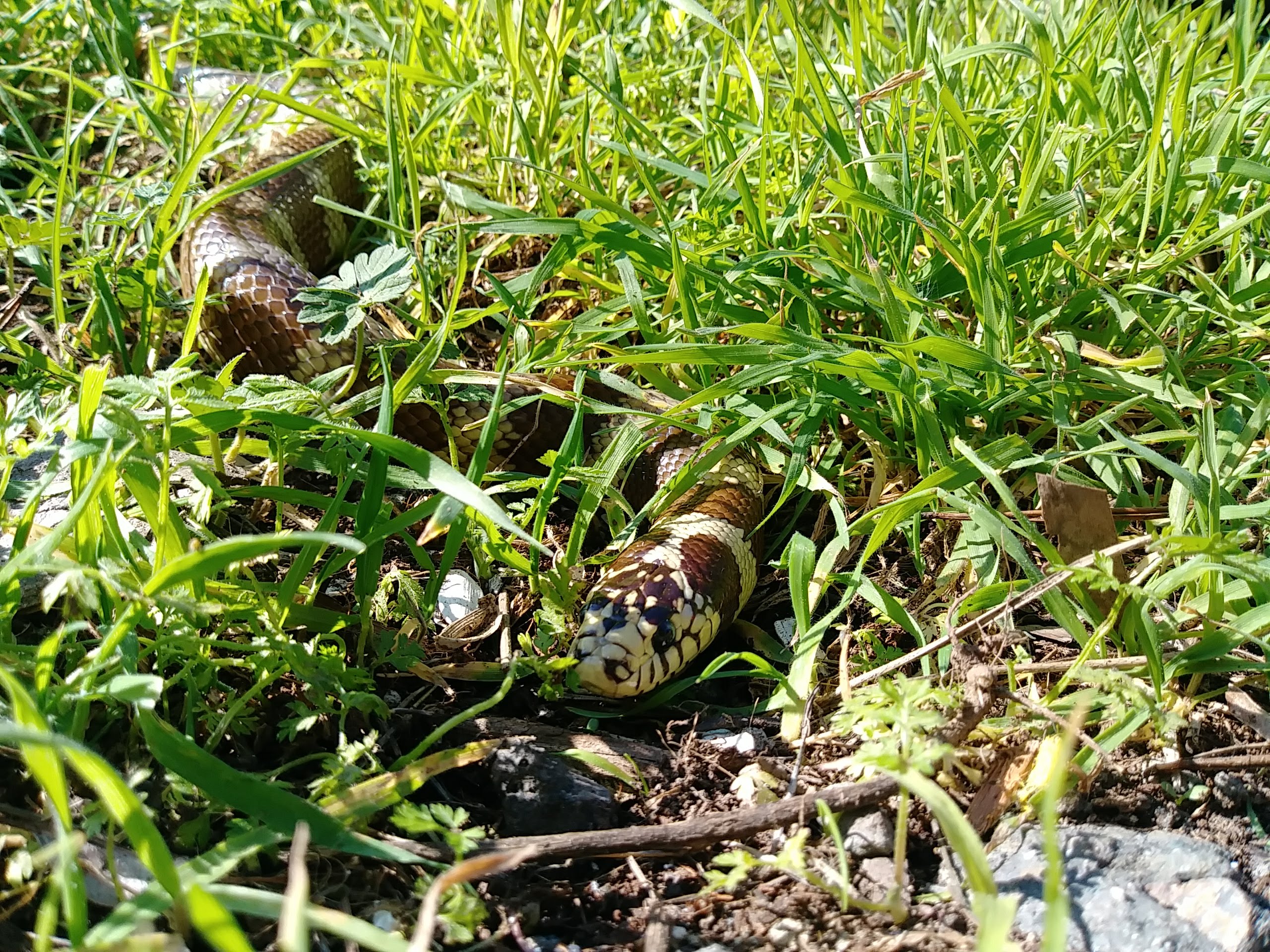 Across all federal lists including the ICUN, CITES, US Fish and Wildlife and California Fish and Game the Conservation Status of the California King Snake is of Least Concern, Not Threatened, Endangered or Vulnerable.

Due to the secretive behavior of these snakes, and the remote accessibility of the snakes range, a definite number of the wild population is estimated at 10-100 thousand individuals. Historical ranges have not been altered, yet any changes are attributed to urbanization as a loss of habitat.

Although listed as a species of least concern, these snakes have faced a threat in the past due to the pet trade and collection by hobbyists.

Our King Snake is part of a community education program designed to educate people about the importance of Native California Wildlife.

If you or a friend is considering a pet snake of any kind, make sure that they research where the snakes come from. Any snake taken from the wild should be avoided, and preference reserved for trusted breeders and pet stores.

The King Snake gets its name from the fact that its diet consists of other snakes, especially the venomous Rattlesnake; this behavior makes it a friend of many Californians!

California Herps, A Website for the Reptiles and Amphibians of California http://www.californiaherps.com/snakes/pages/l.californiae.html