The chuckwalla, a lizard in the Iguana family, has a robust build suitable for life in the arid deserts. Sexually dimorphic adults vary in size and color; males being larger also exhibit a more rusty coloration on their back while the head and limbs remain black, females on the other hand retain their juvenile grayish yellow complexion. Males also exhibit large pores on the inside of their legs which produce secretions. Scales are small, course and granular giving a sand paper like texture. Folds of skin appear in excess on flaps around the neck and abdomen, followed by a long (10 inch) tail attributing to half of its length. Anatomical: Will wedge itself into tight rocky crevasses and gulp air to inflate like a balloon to avoid predation. Can also drop its tail when escaping. 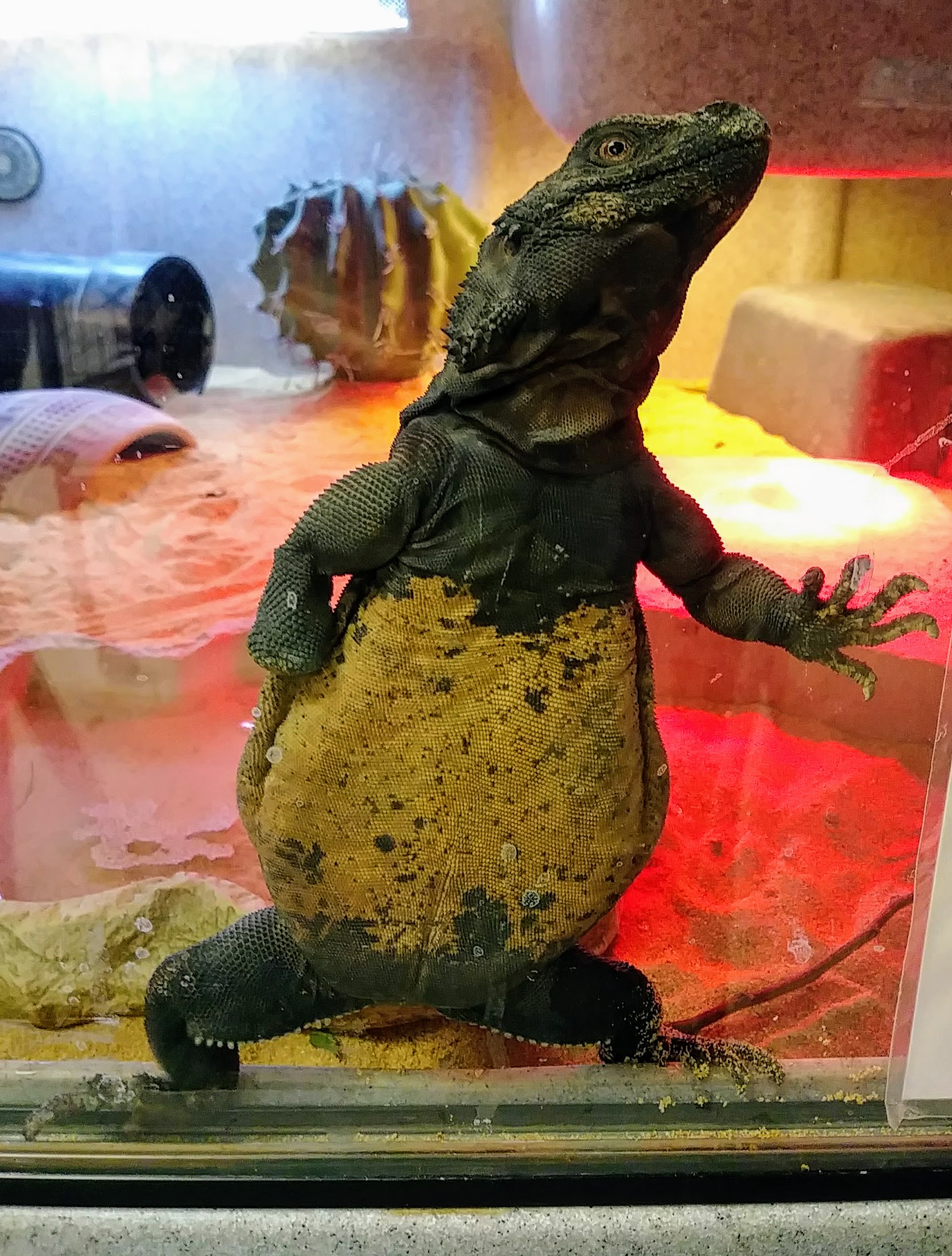 Habitats: Chuckwallas inhabit arid desert regions in the South Western United States, and parts of Northern Mexico, including Baja. They are predominantly found on or near rocky outcroppings and lava flows of the Great Basin, Mojave and Sonoran Deserts from Death Valley to the Grand Canyon and North into Nevada through the Colorado River valleys.

Desert Flowers. Wild Diet: Almost entirely Herbivorous, Chuckwallas mostly feed on vegetation. This includes desert succulents and other drought resistant plants such as Chaparral and Sage Scrub varieties. Everything from Flowers to fruits, leaves and the occasional insect make up the diet of this desert lizard. 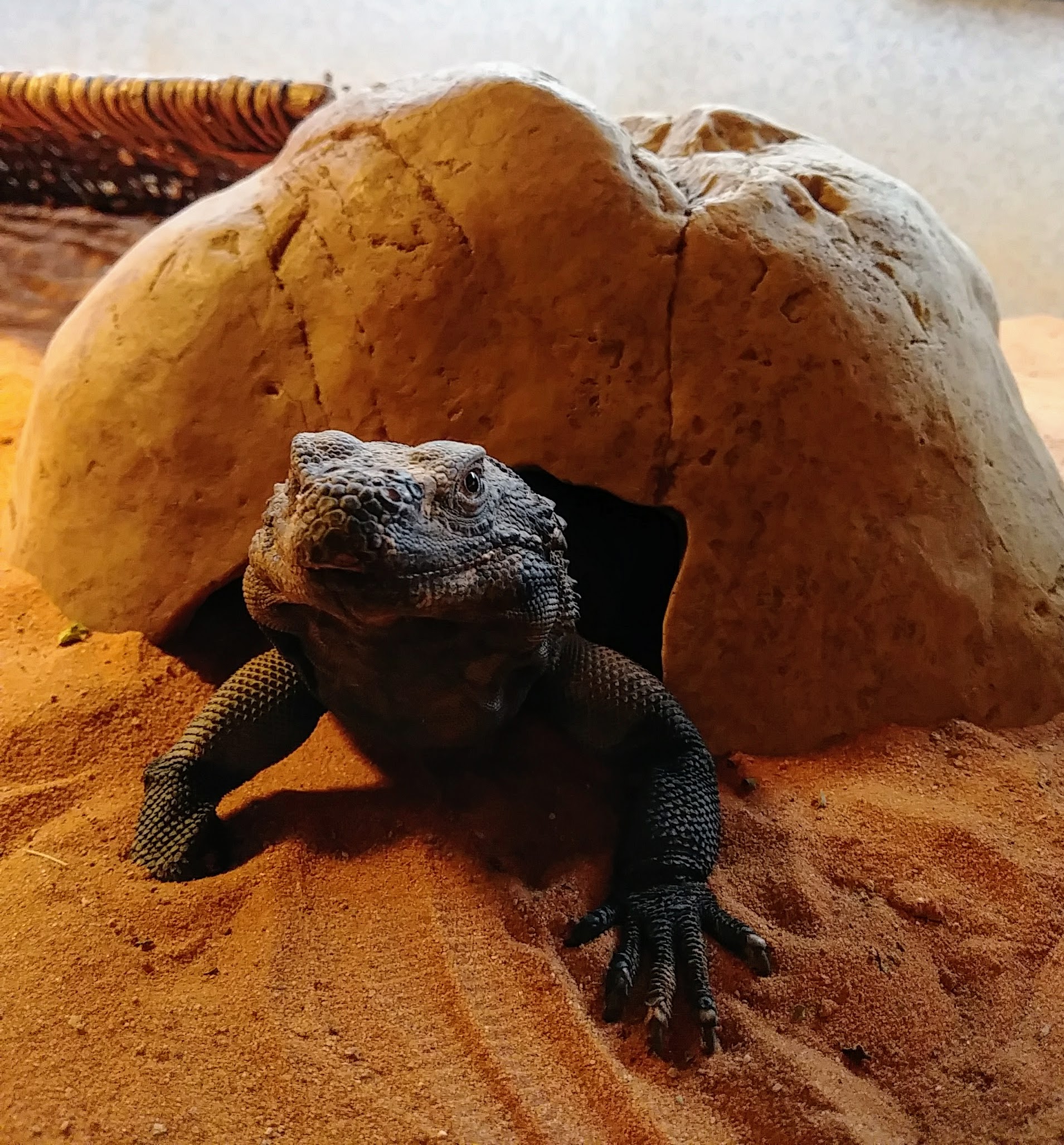 Active in the day time periods and throughout spring and summer, retreating to burrows during the fall and winter months for brumation.

Unfold loose skin folds from around neck and belly to increase surface area while basking to absorb more light.

Although not considered social, chuckwallas often have no other place for refuge in a vast desert with sparse rocky areas, as such, many chuckwallas may inadvertently find shelter in the same rocky outcroppings. Males are more territorial and defensive during mating season, using push up displays to signal rivals.

Males will compete fiercely for females within their range. Mating occurs in April, after which males disperse and do not invest in the offspring further.

5-16 eggs are laid in the early summer, young are born precocial.

Listed as a species of least concern by the IUCN due to its vast, often inaccessible terrain and quick reproductive rates.

Oakland Zoo houses many chuckwallas in our Reptile Room as well as one individual who is used in educational programming. Our goal is to inform guests about the importance of California Native wildlife.

Be aware of desert animals, do not touch, chase or pick up chuckwallas in the wild. If a chuckwalla feels threatened it will lose its tail, which takes a long time to grow back.

The dominant male chuckwalla is easily recognized due to a change in color from a dull gray to a rusty red, showing off his position among other males.