Natives to the Mojave and Sonoran Deserts of the South Western United States and Northern Mexico, desert tortoises are found from Southern Utah south to Baja Mexico and East to Arizona's Grand Canyon

Reaching an average of 1 foot in length, desert tortoises have a short, stocky build only about 6 inches tall; males being slightly larger than females, also have a concave shell on their ventral side, also known as a plastron, this curve assists in mating.

Ranging in color from greenish-brown to tan, their high domed shell grows in a series of connecting plates. Rough, flattened scales suitable for life in the harsh arid deserts, protect their robust, trunk-like legs.

Anatomical: A higher than average dome to their shell than other tortoises and turtles allows for more lung capacity, aiding in respiration while in humid underground burrows. Physiological: When threatened, tortoises will withdraw their limbs into their shell for protection. If startled, tortoises may evacuate their liquids stored in the bladder, which can be fatal in times of drought or extreme heat. 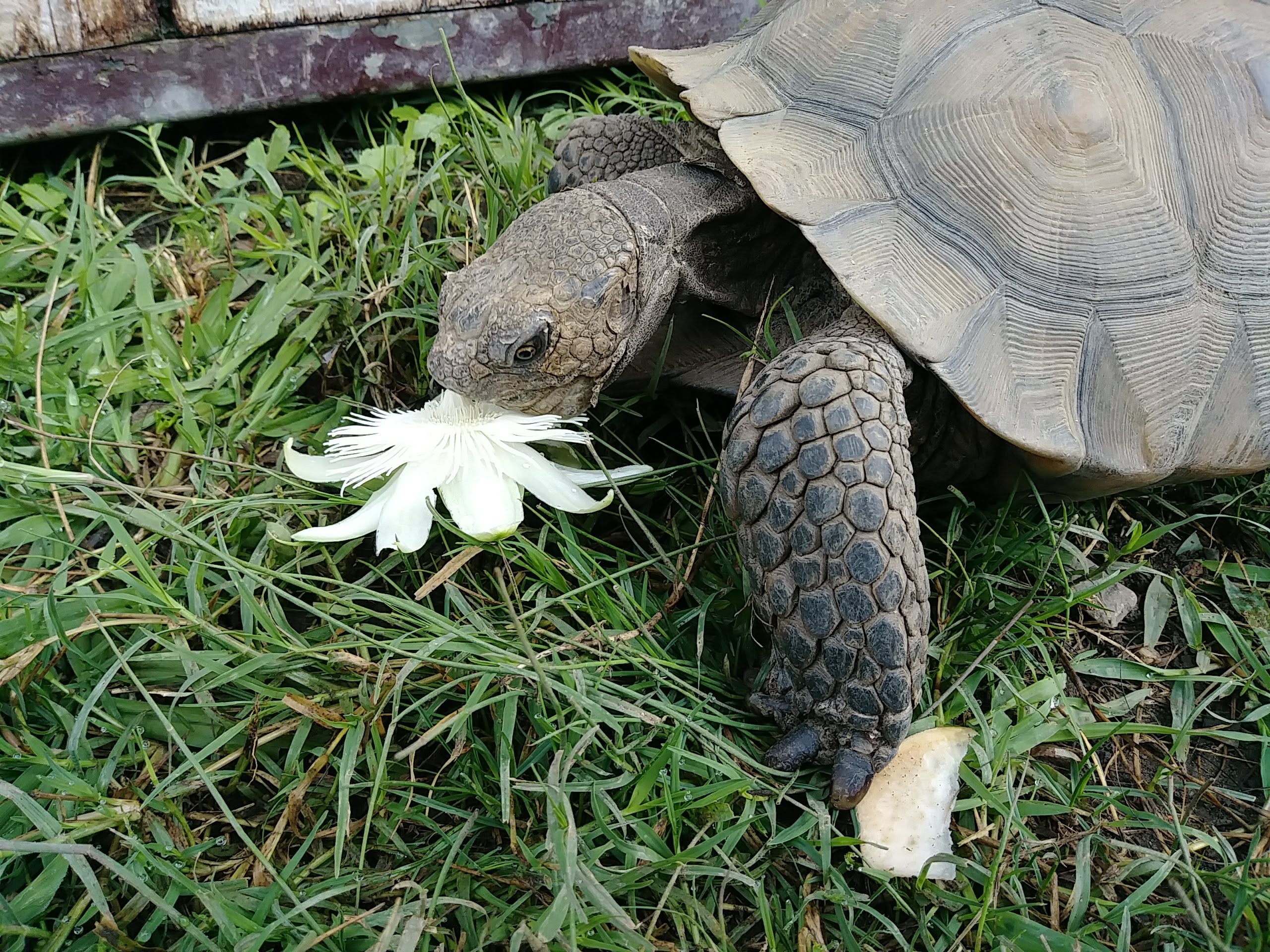 Dwelling primarily in an underground network of burrows and shaded rocky outcroppings these tortoises seek out cooler shelter to avoid desert temperatures which often exceed 105°F. Tortoises also prefer loose, sandy and wet soil which is more suitable for digging and will avoid areas of hard, dense earth.

Receiving the majority of their water needs from their plant based diet, desert tortoises spend their time grazing various Sage, Scrub and Chaparral habitats for Grasses, Herbs, Cacti and in the Spring time, Flowers. Taking advantage of rainy weather, these tortoises may dig reservoirs to collect excess water to drink later.

Desert Tortoises give life to the desert, without their extensive, elaborate network of subterranean tunnels and burrows many desert animals lacking the capability to dig for themselves would be left homeless, and most likely perish in the hot, desert heat. Predators: Ravens, Gila Monsters, Foxes, Coyotes, Badgers, Road Runners 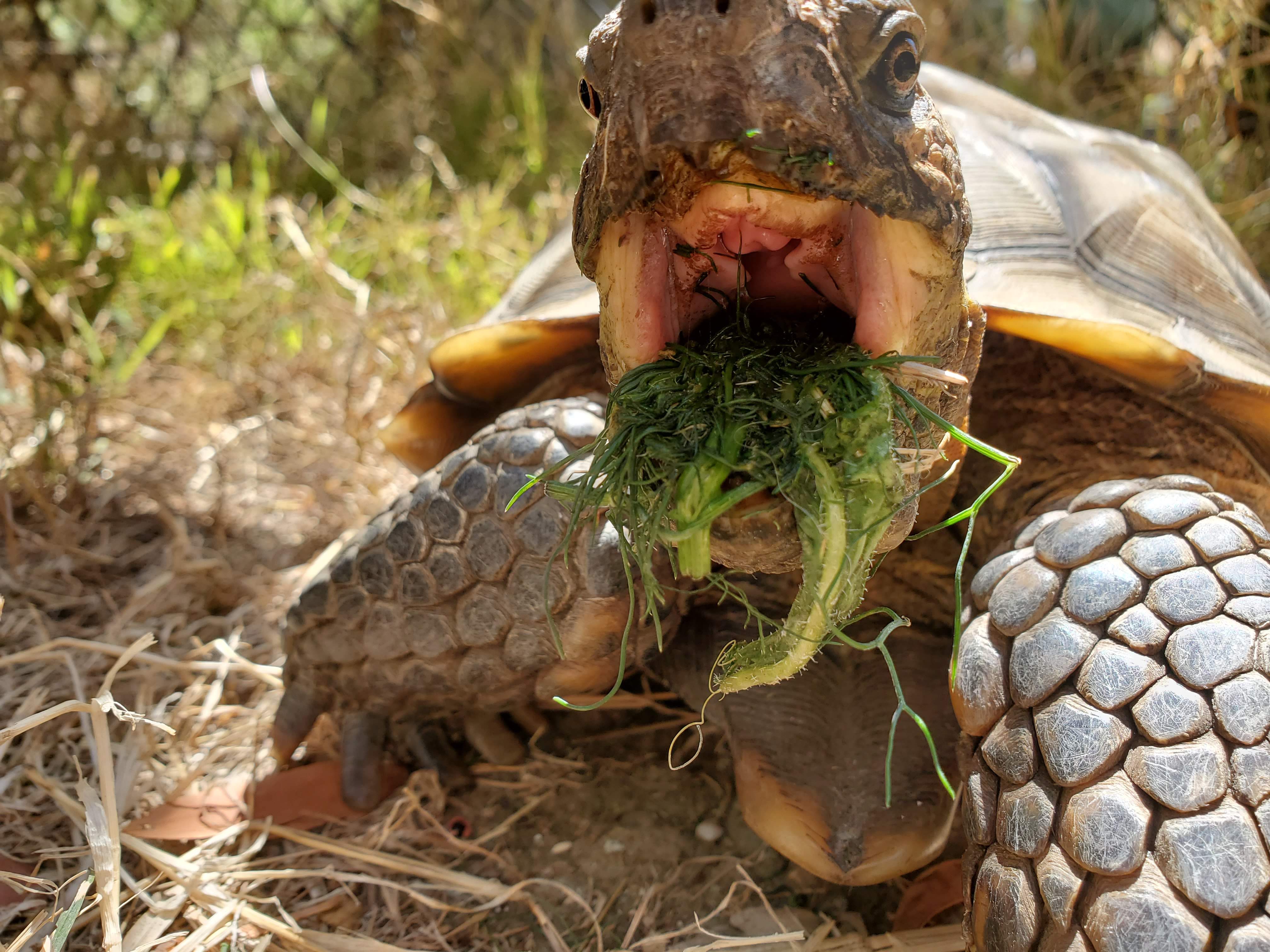 With temperature and rainfall controlling most above ground activities, behavior is difficult to measure when located in underground borrows. Brumation occurs from May through August, Winter Hibernation from October through March.

By digging burrows, desert tortoises have evolved a perfect adaptation for surviving the extreme temperatures. Winter burrows are dug horizontally into sloping cliffs or dry river beds and are reused every year, where summer dens are dug vertically straight down into the Earth which increases humidity thus reducing water loss in hot temperatures, these tunnels are rebuilt every season.

Tortoises often utilize the same tunnel, as many as 20 tortoises have been found together occupying the same burrow, but 3-4 is the average den size. Tortoises will not fight to defend territory against other tortoises and are relatively tolerant of sharing their burrow, however male/male competition peeks in mating season.

Males will circle females, nudge her repeatedly and bite to signal her. Females are only receptive after multiple mating attempts by males. Females are very selective when choosing mates, who tend to be larger and more of a robust build, she will often mate with many males and is able to store their sperm for many years until ready to lay viable eggs. Mating occurs any time during their active season.

An average of 4-7 eggs hatch, juveniles are altricial and still have a yolk sack attached for several days to provide nutrients; shell will not harden until 5 years old, until then it is still soft. 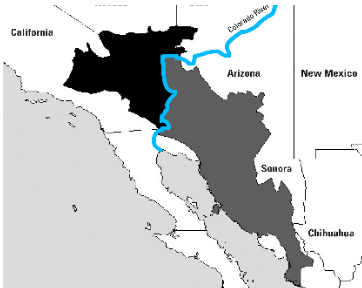 Listed as Vulnerable by ICUN the Desert Tortoise is the State Reptile for California. The main cause of death is due to human interference via Off Road Vehicles and All Terrain Moto-X Recreation causing tunnel collapse. Furthermore, ravens are among the top predators for young desert tortoises; as humans continue to develop and urbanize the desert habitats, ravens are attracted to human trash as a food source and subsequently find young tortoises as a food item as well. One study reports as many as 250 juvenile tortoise shells found in one ravens nest at the end of a single hatching season.

In the 1980s there was a severe decline in wild populations by as much as 75% due to a large influx of human activity in the deserts. As far back as 1961, desert tortoises have been illegal to collect from the wild, and were first listed as threatened in 1971 by the Federal Government. In 1989 the Desert Tortoise was put on an emergency listing by CITES, and it became a Federal Offense to collect or harass tortoises in the wild. As of 2008 the Desert Tortoise was placed on the Endangered Species list, and their desert habitat listed as threatened.

At the Oakland Zoo, we have 2 tortoises as part of our Animal Ambassador team, used to educate the public about the importance of this native Californian species. 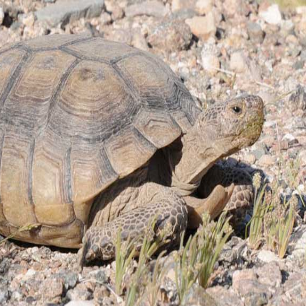 Occupies the hottest temperatures of any tortoise on Earth!

They dig burrows that are home to many desert animals!