Shoulder as high or higher than rump and colored dark brown to blonde. Fur grizzled or uniformly colored. Profile of muzzle will be concave, as opposed to the black bear that have straight or convex muzzles.

Muscular shoulders and large claws allow them to dig up small mammals, insects, and roots better than black bears. They can swim well. Bears are the mammals able to survive for half a year or more without eating, drinking, urinating, or defecating. During hibernation, their body temperature lowers from ~100°F to ~93°F.

Roots, tubers, forbs, grasses, sedges, fruits, pine seeds, insects, fish, rodents, ungulates.Seasonal Diet: Grizzly bear diets vary widely depending on their range and the season. Some are carnivorous, while others survive primarily on plants and eat meat only when opportunities arise. In North America, there are two main types of bear diets: inland and coastal. Inland bears eat roots in early spring and ungulates (like elk) that died or are weak from winter. As it warms, they will eat grasses, sedges, forbs, and tubers and will hunt the newly born of several species (elk, deer, moose, muskox, and caribou). Toward the fall they will eat fruits, seeds, and smaller mammals. Coastal bears eat tubers and sedges in early spring and summer, as well as Pacific razors and soft-shelled clams at low tide at exposed mudflats. Salmon are abundant from July to December, depending on the area. After the salmon run, coastal grizzlies will focus on berries, seeds, tubers and grasses.

Ecological Role: This species serves many roles in ecosystem structure due to their omnivorous, opportunistic nature. Grizzlies are considered apex (top) predators and keep prey populations at a healthy level. In addition, they act as scavengers and remove diseases from the ecosystem and return nutrients to the soil. Predators: Their only predators are humans.

Mainly crepuscular, but often active during the day, especially as the season gets closer to hibernation.

There are theories that grizzlies maintain a higher body temperature during hibernation because they cannot hide as well as small creatures can and if they can wake up quickly, they can defend themselves from other predators if necessary. They sometimes cache food, to save for later and can congregate along salmon runs.

Solitary, though ranges can overlap between the sexes. Males and females come together during estrus, and females care for their offspring for long periods. However, during the salmon run, it is not uncommon to see multiple bears, where they will form a social hierarchy (males are more dominant).

Mating occurs May-July, but the uterine implantation of blastocycts occurs in November, with birth 6-8 weeks after (during hibernation). The interval between successful litters is generally 2-5 years.

Typically 2-3 cubs but can be 1-4. If females have only 1, they can abandon it (a female that stays with 1 cub for over 1 year ends would have fewer total young overall than if she abandoned the single cub and produced 3 the following year).

Least Concern by IUCN, CITES Appendix II (except Chinese & Mongolian populations under Appendix I), Endangered Species List in US outside of Alaska

Our California leaders must have admired the power and intelligence of grizzlies, as the species became a permanent part of the California state flag in 1911. Sadly, this beautiful animal that was so admired was hunted to extinction. No wild grizzly was seen in California after 1924. Grizzly bears once roamed throughout the entire western U.S. south into Mexico including the Great Plains and along rivers in desert habitats. They roamed the hills of San Francisco in large groups! Hunting and habitat loss extirpated them from 98 percent of their original habitat in the U.S. including the Great Plains and all habitats south of Yellowstone National Park and Teton National Parks in Wyoming including Idaho, Washington and our own California.

Oakland Zoo sponsors People and Carnivores, a Montana based organization aiming to increase co-existence through education and human behavoir change. Oakland Zoo is working with Zoo Parks Partnership to create a new platform for zoos and parks to work together. Our first partnership will be with Glacier National Park and will include support of their Grizzly Bear Research. 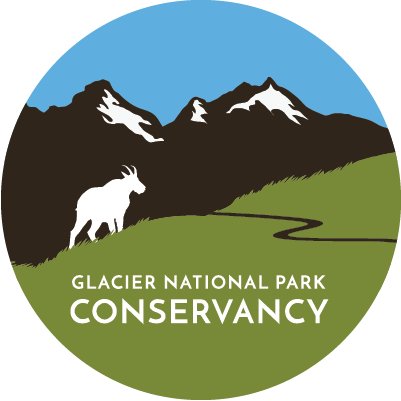 Early settlers in California often reported seeing 50 grizzlies in one day. In 1827, a California writer named Duhaunt Cilly claimed that grizzlies were so common around San Francisco that "they are often seen in herds."

By 1904, a grizzly pelt was worth $75, over a month's wages at that time. In 1915, the Animal Damage Control Program started in the US, leading animal control agents and bounty hunters to eradicate all predators, including grizzlies. By 1920, a grizzly hide was worth $120, but there were few grizzlies in the lower 48 left.

Grizzlies are so diverse and widespread that they were once divided into 232 living and 39 fossil species and subspecies (though they are all now considered a single species.

Though inland grizzly bears follow a seasonal diet mainly consisting of vegetation, Yellowstone grizzlies are an exception. Up to 95% of their energy intake is from meat because in the park fruit is rare while there are many ungulates.

Convention on International Trade in Endangered Species of Wild Fauna and Flora Appendices I, II, and III. (2012). Retrieved April 12, 2012; from http://www.cites.org/eng/app/appendices.php

We have 4 rescued male brown bear cubs (2 grizzly & 2 brown bear pairs) from Alaska through Alaska Dept of Fish and Game. These cubs would otherwise be put down and now have a forever home. All 4 bears were born in 2017.

The largest of our brown bears and tends to be light brown in the summer, while darker in the winter. He uses his size to get what he wants from the others, like extra food or a favorite enrichment item. Though he comes off as large and in charge, he is actually a big softy and enjoys playing with the others. Especially Truckee, whom he seems to be particularly bonded too.

Brother to Rubicon and our water boy. If you see a lone bear playing in the pool, a puddle, or a sprinkler it’s probably him. He is also the darkest of our brown bears, and maintains this darker coloration throughout the year. He enjoys all kinds of enrichment, but lets us know when he thinks something is too difficult, because he will break it to get to the treats inside!

The smallest and blondest of our brown bears. We lovingly refer to him as our little clown bear due to his goofy personality. He enjoys climbing and balancing on items and participating in training. He is always eager to learn new behaviors and puzzle through enrichment.

Brother to Tulare, has the most compact appearance of the four and has the most grizzled fur. Though not as small as his brother Tulare, he is significantly smaller than Rubicon and Kenai. Often called our peace keeper he has taken it upon himself to supervise the others, and he will break up their rough housing when they get a bit too rowdy. Particularly if his brother Tulare is involved, as he is very protective of him.