The largest cat of the Americas. Though it looks similar to leopards of Asia and Africa, its behavior and ecological requirements make it the New World equivalent of the tiger. Coat usually yellowish-brown, but varying from almost white to black, with a pale chest. Spots on back are dark rosettes, irregularly placed black spots on belly, lower part of tail ringed with black.

Though they hunt on the ground, they have the strength and ability to climb if needed. They have more robust canine teeth and have a more powerful bite than those of the other big cats. Unlike other big cats that typically kill large prey with a throat or neck bite, jaguars bite through their prey's skull between the ears or horns.

Tropical forest, swamps, and open country including desert and savannah

Home Range: Territories can vary from 10-60 mi2, depending on prey abundance and diversity. However, larger home ranges for both males and females (up to 94 mi2) have been reported. Movements of 500 miles have been recorded, but if food is abundant they may become sedentary and range over only a few square miles. Males have larger ranges than females.

Carnivorous; generalists but as peccary and deer

As the largest cat in the Americas, the jaguar is the dominant predator. They normally stalk their prey on the ground and are excellent swimmers. Considered opportunistic feeders and are capable of killing and consuming almost any type of prey they encounter. Jaguars often do not consume large prey in their entirety and do not cache, leaving allowing for scavengers and decomposers to function better.

Radio telemetry studies have shown that there is a variety in activity patterns. For example, in Peru and Brazil, the cats were active both day and night while in Mexico, Belize, and Venezuela, they were mostly nocturnal. Whether jaguars hunt during the day probably depends both on the activity patterns of their prey and human disturbance.

Throughout much of its range, the jaguar is associated with waterways. They are excellent swimmers and sometimes spend the heat of the day half-submerged in a stream to cool off. Like other big cats, they usually drag large kills to dense cover before they eat, sometimes dragging kills a mile or more over rough terrain.

Radio telemetry studies have shown that there is a variety in activity patterns. For example, in Peru and Brazil, the cats were active both day and night while in Mexico, Belize, and Venezuela, they were mostly nocturnal. Whether jaguars hunt during the day probably depends both on the activity patterns of their prey and human disturbance.

Roaring may function to bring jaguars together for mating, and females have been known to travel widely calling for a mate during estrus. Females can stay in estrus for 6-17 days. Copulation can occur a hundred times a day and is rapid. More births occur in summer months in temperate regions, but it is possible in tropical regions that births are year round.

Up to 4, each weighing 25-32oz, although most will raise only two cubs to independence. Blind at birth, open their eyes after about 2 weeks, and remain with mother for up to 2 years.

Near threatened by IUCN, CITES Appendix I. US Endangered Species List, State law in AZ & NM Population Trend: decreasing. The jaguar is considered to be extinct in Chile, El Salvador, and Uruguay and approaching extinction in Argentina, Costa Rica, and Panama. Taxonomic research has shown little significant differences among jaguar populations, prompting a vast effort to create a continuous north to south habitat corridor. The Last Jaguar in the United States: On February 18, 2009 during a black bear and mountain lion research study, Arizona Game and Fish inadvertently trapped a jaguar, who the fit with a satellite tracking collar. The cat was of 3 identified as Macho B, a male jaguar that had been photographed periodically over the previous 13 years. He was believed to be the oldest wild jaguar known at an estimated 15-16 years. While monitoring him, the data showed a reduced pattern of movement and foraging so they went to access his condition. Biologists and a wildlife veterinarian determined they needed to recapture him so his condition could be better evaluated at The Phoenix Zoo. Through blood tests and a physical exam, they determined Macho B had severe kidney failure and was suffering so all related parties decided the most humane decision was to euthanize him.

In North America their historical range is believed to have extended from Oregon to Pennsylvania though they had disappeared from the Northeast before Columbus arrived. Later, jaguars ranged from the south-western United States, south through the Amazon basin to the Rio Negro in Argentina. They have lost 54% of its historical range. The last California jaguar was killed at Palm Springs in 1860.

Support of ARCAS: Oakland Zoo supports ARCAS in Guatemala which cares for wildlife caught in the illegal pet trade or other illegal activities. They care for jaguars in need, and try to work with local people to change behaviours. Jaguar Enclosure: Oakland Zoo sponsored a large, updated enclosure for the jaguars that cannot be released at ARCAS in Guatemala. Eco-Trips: Oakland Zoo offers eco-trips to the ARCAS facility. These trips offer hands-on work and financial support of jaguars and other species Jaguar Corridors in Panama: Sponsorship of Jaguar corridor work including research of jaguars and mitigation of human/wildlife conflict in Panama through new partners, Kaminando. 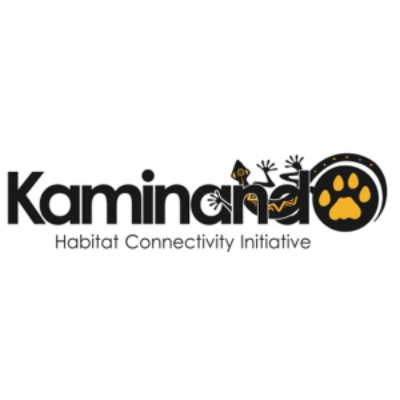 Jaguars roar; no other cat native to North America roars.

What have been called black panthers and misidentified as a new species are actually jaguars with melanism (which is the opposite of albinism). The cats appear black, with their spots only visible on close examination.

There are members of the cat family naturally occurring worldwide except Australia, Madagascar, and Antarctica. (If you include domestic cats, you can find felids everywhere except Antarctica.)

On June 24, 2008, a young fisherman was killed by a jaguar while sleeping in his tent on a riverbank of the Paraguay River. This was the FIRST officially documented, unprovoked, fatal attack of a jaguar on a human in Brazil. Prior, attacks were associated with hunting situations in which the jaguar was cornered or injured, or a female defending her cubs.

In Brazil, people claim the jaguar sometimes uses its tail as a lure for fish.

Convention on International Trade in Endangered Species of Wild Fauna and Flora Appendices I, II, and III. (2012). Retrieved April 12, 2012 from http://www.cites.org/eng/app/appendices.php

The Encyclopedia of Mammals David McDonald 2006

Rabinowitz, A. and Zeller, K. A range-wide model of landscape connectivity and conservation for the jaguar, Panthera onca. Biological Conservation 143: 939-945. 2010.

Our male comes to us from LA Zoo.  We hope to bring in another female from a rescue organization.