Occupying a vast range, Gopher Snakes can be found in habitats varying from covered woodland to arid deserts but prefer open prairies or grassy meadows. Stretching from Northern Mexico into parts of Southern Canada, Gopher Snakes are also found from the West coast, east to the Mississippi at altitudes of up to 2700 feet. 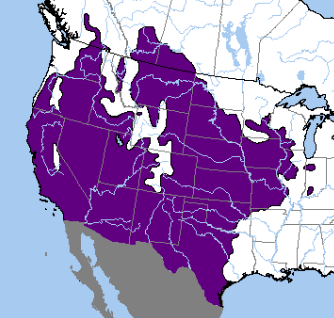 Gopher Snakes have keeled scales ranging in color from light tan to deep yellow and light browns with patterns of darker scales scattered in between. Reaching an average of 5 feet long, their body is relatively slender from tip to snout with a narrow face.

One of many non-venomous, rear fanged snakes of North America, the Gopher Snake is often mistaken for a Rattlesnake and therefore has earned a misconceived reputation amongst rural communities where their territory often overlaps. Gopher snakes will live to be about 10-15 years old, longer in human care.

Anatomical: Like other snakes with keeled scales, the gopher snake gains an advantage when basking in open landscape by appearing to be a part of the substrate. Keeled scales gives a more textured surface which not only resembles granules of sand and pebbles but also serves to diffract light and emphasize shadows making the snake less shiny and reflective in the sunlight. This adaptations help the snake to blend into the substrate, making them less visible to predators. Physiological: Gopher snakes are considered a diurnal snake, however, when temperatures become increasingly warm gopher snakes are capable of reversing their circadian rhythm to take advantage of night time feeding opportunities. 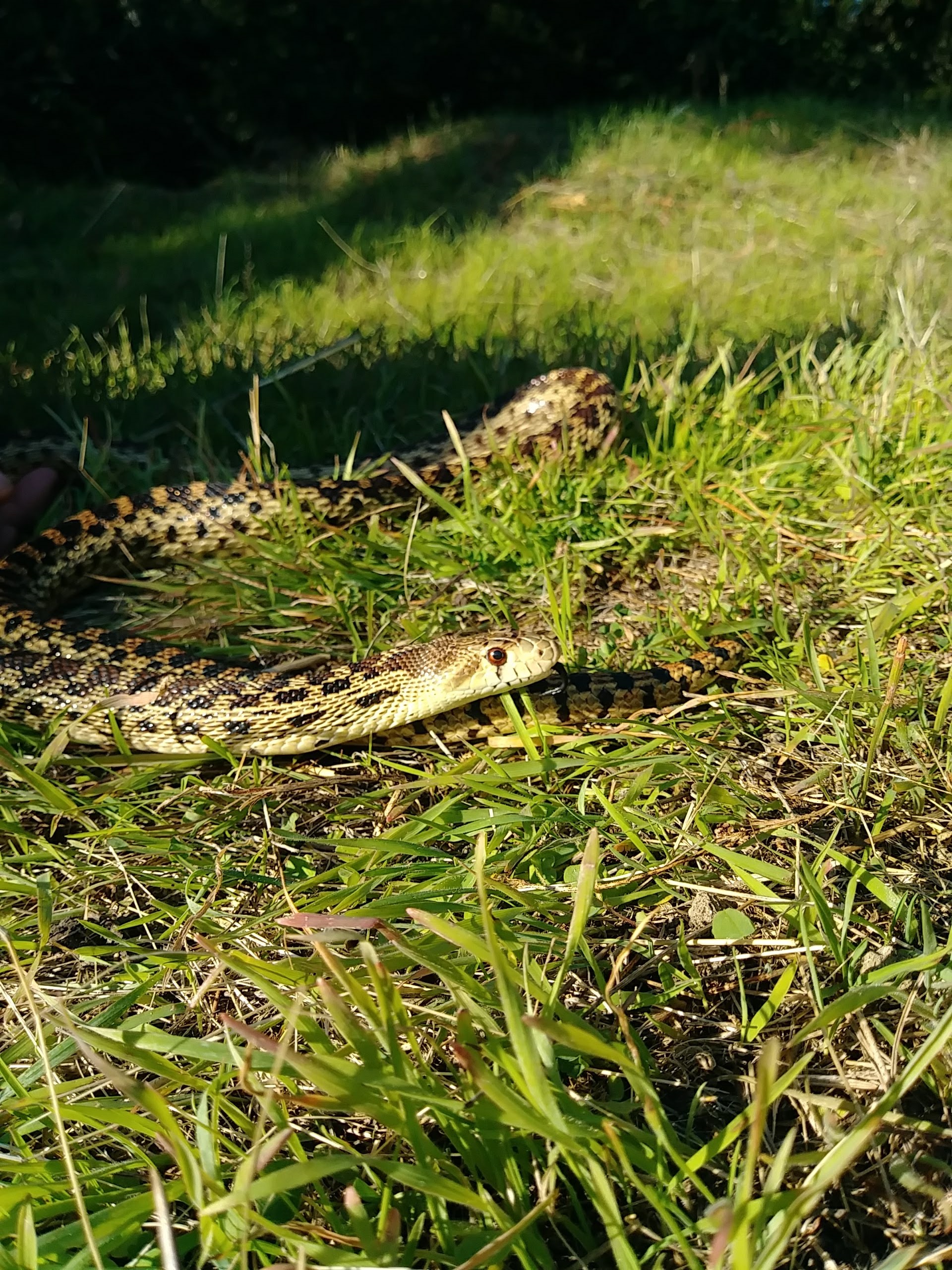 Habitats: Occupying a vast range, Gopher Snakes can be found in habitats varying from covered woodland to arid deserts but prefer open prairies or grassy meadows. Stretching from Northern Mexico into parts of Southern Canada, Gopher Snakes are also found from the West coast, east to the Mississippi at altitudes of up to 2700 feet.

Ecological Role: As the name implies, Gopher Snakes are experts at controlling rodent populations. Without their predatory abilities, rodents would thrive and thus pose a threat to agricultural industries. Farmers who embrace a coexistence with Gopher Snakes often benefit from a cost effective, and healthy form of pest control. Predators: Hawks, Fox, Coyotes, Badgers, King Snakes

Like all reptiles, a period of inactivity occurs in cold winter months. Once winter occurs snakes will hibernate from Late November to March. Ideal temperature for these snakes is between 75°F and 90°F and will bask in early mornings until this temperature is achieved. When it is too hot, snakes will seek shade in burrows made by other animals, or in leaf litter, scattered rocks or fallen logs. Gopher Snakes have been seen swimming in lakes, streams, ponds and rivers or often found basking

Specializing in mimicry, Gopher Snakes will stand their ground when encountered by a potential threat. By coiling its body and raising its head the snake enters a striking position, it will shake its tail against its body to make vibrations that give off a sound similar to a rattle snake tail. Defensive strikes are mainly bluffs as the snake is non-venomous. If all else fails, gopher snakes will roll over and play dead in an attempt to dissuade predators.

Snakes will often share winter hibernacula, however, are not considered social in other times of the year. Male, Male competition is often observed during mating season only occurring within the presence of a female. Males will mate with as many receptive females as possible within the mating season, females are able to lay 2 separate clutches of eggs from one male donor up to 2 weeks apart.

Males begin to compete for female mating privilege in the late summer by biting, hissing and attempting to pin each other down. Once mated, females will take up to 6 weeks to build a nest site and lay her eggs. Often, female gopher snakes will nest together with as many as 50 eggs being found in one nest site.

Listed as a Species of Least Concern by ICUN, Gopher Snakes are not typically threatened or considered endangered by wildlife organizations. Due to their ability to exploit a vast range of habitats and eco systems, Gopher Snake territory often includes terrain unsuitable for human interference.

Historical differences are notably due to interference with rural agriculture communities. Farmers mistakenly kill Gopher Snakes misidentifying them as rattlesnakes. This misconception of their defensive behavior often puts Gopher Snakes at risk when faced with humans who are likely to kill an aggressive snake despite its non-venomous nature.

Oakland zoo is home to one Gopher Snake in our education collection. He is used in our education programs to teach local communities about the importance of native species in California. By helping guests to I.D Gopher Snakes we are spreading awareness for wildlife safety.

Learn to identify Gopher Snakes and Rattlesnakes so you can stay safe when out hiking or camping in California. Rattlesnake or not, its always best to keep your distance to insure safety for you and the animal!

Gopher Snakes will pretend to be a Rattlesnake to scare off predators, by coiling their body, hissing, striking and vibrating their tail quickly against their scales, they can fool most predators into running away for fear of a venom filled bite.