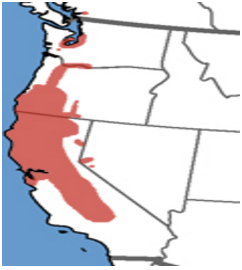 California's only native aquatic freshwater turtle! The low, broad, smooth carapace is usually light to dark brown or olive in color, with lighter marbling visible on closer inspection. However, the shell color and markings can vary greatly. The markings are prevalent in young turtles and typically fade with age. However, there are occurrences of old individuals with irregular whitish patches on the shells, necks and heads. The limbs and head are olive, yellow, orange or brown, often with darker flecks or spots.

The two subspecies of these turtles are the Northwestern Pond Turtles (Actinemys marmorata marmorata), found in areas north of the American River in California and the Southwestern Pond Turtles (Actinemys marmorata pallida), found in areas south of San Francisco. This species also exhibits sexual dimorphism. Females are larger, and their shell is more raised than the male. Males also tend to have yellow throats and thicker tail bases.

During the summer months when the ponds or streams dry up, these turtles breathe mud for survival. They dig into the muddy ground and draw in oxygen through their skin. During drought and dry conditions, they reduce their activity and need for more oxygen. They can aestivate in the mud, i.e. they can soak in small traces of oxygen from the mud. This helps them to survive in a low oxygen environment. For protection, they can quickly pull their head and legs into their hard shell. These turtles will use their webbed feet to help them swim underwater, and their long claws to help them dig in the mud for yummy grubs. 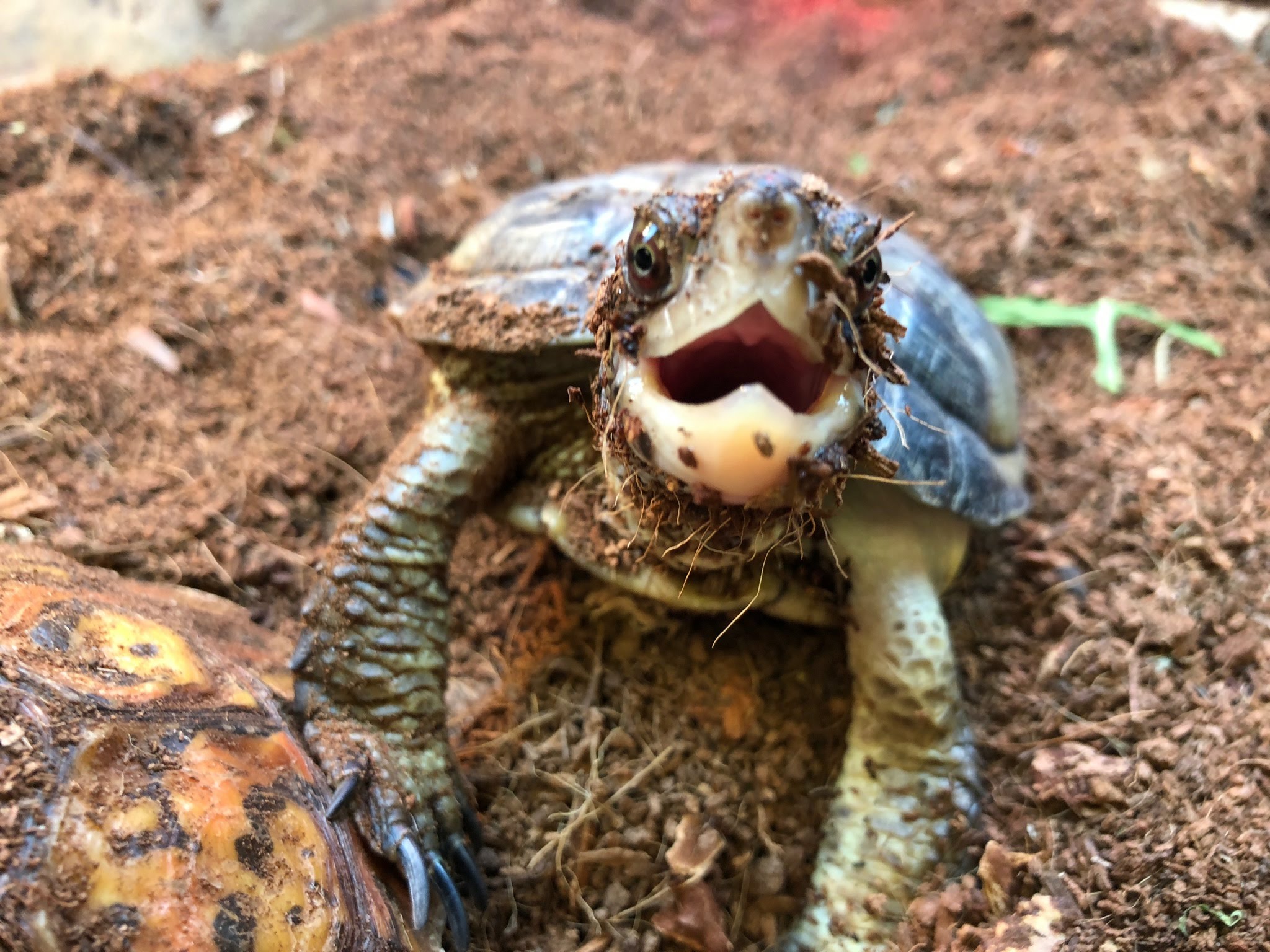 These turtles mostly prefer serene streams, ponds, marshes, muddy canals, calm lakes and pools as their natural habitat. Sometimes they may also wander into upland areas almost half a kilometer away from water.

The northwestern subspecies ranges from southern British Columbia south to central California, while the southwestern subspecies tends to be coastal, and ranges northward from northern Mexico to the San Francisco peninsula. The two subspecies intersect in the Central Valley, from north of Sacramento to Kern County going south.

Secondary consumer. Western pond turtles are prey for many other species. They also act as hosts for several parasitic organisms. 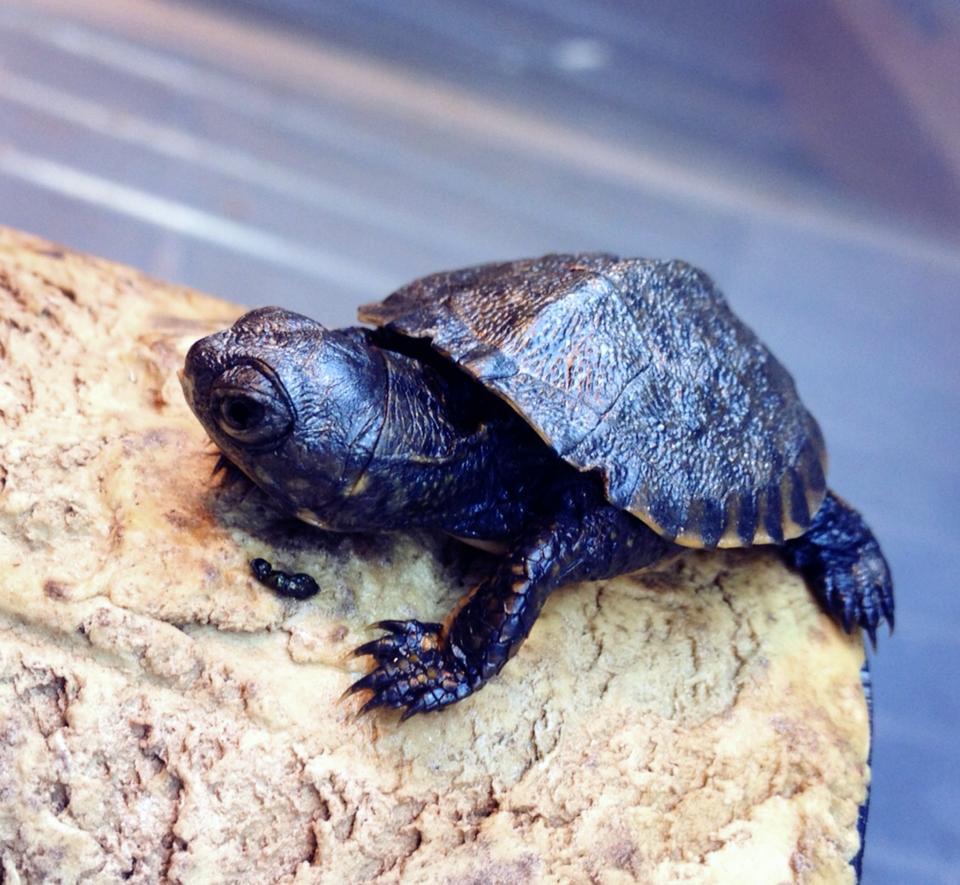 Female turtles stay in the nest chamber during incubation. Incubation take approximately 3 months, with most hatchlings staying in the nest chamber until the following spring. Although, some hatchlings in southern and central California emerge in the fall. Turtles tend to hunt late in the day and bask intermittently in order to maintain an average body temperature of 28 degrees Celsius.

These turtles are diurnal for the major part of the year. However, during the hot summer months, they can choose to avoid the day and move about at night. Normally, these turtles like to sit on sandy areas, rocks or logs and bask in the sun for the major part of the day, getting their body temperatures up. They are also often found basking in shallow waters. The sun exposure helps rid them of parasites. These turtles are very shy and timid, and will quickly dive into the water at the first sign of danger.

Will cooperatively bask, but are generally solitary.

Western pond turtle males court females using their forelimbs to scratch the anterior edge of the female's carapace. This is followed by the female raising her posterior end, after which mating occurs. Due to the isolated nature of these animals, there is not much known about the mating process. Western pond turtles mate from May through August, with most females laying eggs in alternating years. Although the average age of maturity is between 8 and 14 years of age. Females deposit eggs in a nest they dig on land at night. After incubation, hatchlings leave the egg only if the temperature is below 81 degrees Fahrenheit. Hatchlings tend to be male if the incubation temperature was below 86 degrees Fahrenheit, and female if the incubation temperature was above 86 degrees Fahrenheit. Hatchlings immediately return to the water to grow. The turtle's growth is accompanied by darkening of the body and hardening of the shell. Growth rate largely depends on external environmental factors, such as water, temperature and food abundance. Colder water and less food slows the growth rate. Nests are built up from the water. Hatching success rates are approximately 70%, as there is a high rate of nest predation and complete nest failure. Nests are generally found in flat areas with low vegetation and dry, hard soil. Incubation takes about 3 months, with most hatchlings staying in the security of the nest chamber until the next spring. Some hatchlings in southern and central California emerge in the fall. And, after the eggs are laid, there is no evidence of parental care. 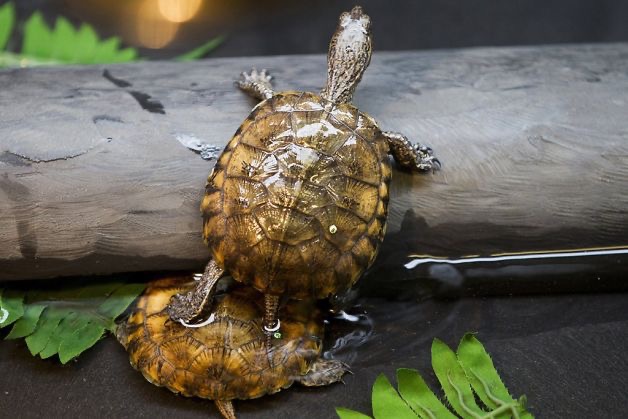 Currently listed as Vulnerable by the IUCN. US Fish and Wildlife consider the Western Pond Turtle a species of special concern, and California state law protects them. The northern populations have virtually disappeared in some ranges! Western Pond Turtles are an important part of the North American ecosystem. Over the years their numbers have been greatly reduced due to predation, fragmentation and habitat destruction. Commercial harvest or taking of Western Pond Turtles has been prohibition in all U.S. states where they are found since the 1980's. It's listed as an endangered species in Washington state, and protected in Oregon and California. The recent increase in stock ponds and other man-made water sources appears to have had a positive impact on population numbers and a few "head-start" programs claim to have had excellent survivorhship rates after being released into the wild. Head-start programs are where the young turtles are raised in captivity until their shells begin to harden and they are less acceptable to predation. However, re-introduction is limited if the habitat of the species is not protected.

The population of Western Pond Turtles is already threatened by several factors. Hence, it is better not to take them as pets and allow them to grow on their own in the wild. Collection them from the wild for the pet trade is illegal in many states. In fact, if you ever find one moving out of water and it is about to be harmed, you should gently lift the turtle up and take it back to its watery habitat. In case you ever find an injured or disturbed Western Pond Turtle, you should immediately contact your local wildlife care facility to ensure the safety of the turtle. Adults face predation by a number of carnivores, including raccoons, otters, ospreys and coyotes. Hatchling turtles, being small with soft shells, are easily preyed upon by raptors, ravens, weasels, bullfrogs and large fish. In specific parts of its range, the greatest current threat for the Western Pond Turtle is loss of habitat and fragmenting populations, through conversion of wetlands to farmlands, water diversions and urbanization. In the past, the Western Pond Turtle, like other turtles, was intensively collected for the pet trade, but this has declined dramatically in recent years. Occasional losses occur through the illegal collection of turtles for food by immigrant populations from Asia, mortality from motor vehicles and predation from introduced non-native species like the American Bullfrog and Largemouth Bass. Red-Eared Slider Turtles also pose a major threat. Many Red-Eared Slider Turtles were once somebody's pet, but people sometimes release them into the wild when they get too big, and that's bad news for the smaller, shyer Western Pond Turtle.

Oakland Zoo's Headstart Program: The Oakland Zoo is raising hatchlings right here at the Zoo in our Biodiversity Center! With our zookeepers taking care of these baby turtles with plenty of nutrient-rich foods and veterinary care, they grow in just one year to the size it would take them three or four years to reach in the wild. Then, when we release them into the wild. They are big enough to protect themselves and have a much better chance of survival! Each summer our zookeepers team up with biologists and students from Sonoma State University to study the Western Pond Turtle. Out in the field the Zoo is involved in opportunities including incubating nests and using telemetry equipment to track nesting females. Predator protection netting is put over nest sites or eggs are brought back to the lab for incubation and hatching. Learn more at http://www.oaklandzoo.org/Western_Pond_Turtle.php 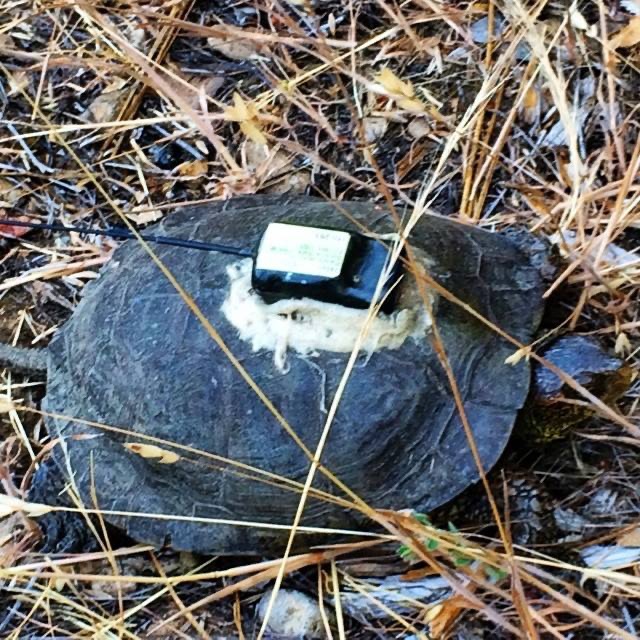 The shape of a turtle's carapace indicates how much time it normally spends in the water: individual's spending more time on land will have a more rounded carapace while those with a flat carapace often spend their time in the water.

Western Pond Turtles are the only turtles belonging to the genus "Actinemys."

Western Pond Turtles are normally quiet, but will produce a high-pitched crying sound when threatened.

Their latin name 'marmorata' refers to the marbled pattern of both the soft parts and shell of many Western Pond Turtles.

The external temperature around the egg during incubation can determine whether the turtle is born male or female!