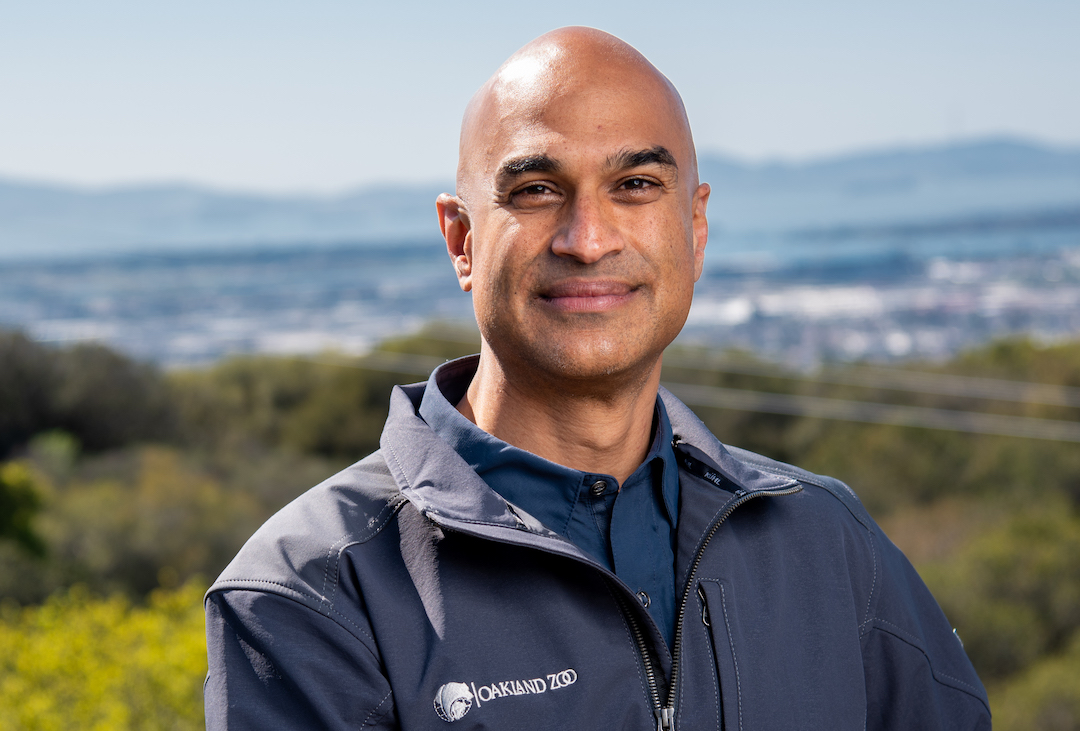 As a 16-year veteran of Oakland Zoo, Nik Dehejia’s role as Chief Executive Officer is integral to all Zoo operations. Nik’s passion for advancing the Zoo into the future, both in wildlife conservation and as a visitor destination, has been key to establishing Oakland Zoo as we know it today.

On a recent Oakland Zoo-sponsored ecotour to Africa, Nik met with many of the Zoo’s frontline conservation partners there, seeing firsthand the profound impact the Zoo’s ongoing support makes for wildlife abroad. A board member of the Regional Parks Foundation, Visit Oakland, and the Wildlife Restoration Foundation, as well as a member of the prestigious AZA (Association of Zoos and Aquariums) Honors and Awards Committee and AZA Trends Committee, Nik’s twin goals of Taking Action for Wildlife and over-arching future progress drives successful projects across Oakland Zoo. His ongoing leadership has and continues to strengthen Oakland Zoo’s progress and evolution, relationships with the greater community, and prioritization of equity and inclusion across the organization.

A 26-year resident in the Bay Area, Nik holds an MBA from U.C. Berkeley and has been a board member for Heyday Books, Community Initiatives, and Slide Ranch. Before Oakland Zoo, Nik worked in international public policy at the World Resources Institute and World Bank, in corporate responsibility at Business for Social Responsibility, and in a more traditionally commercial role at Levi Strauss & Co. The father of two teenagers, Nik lives in Alameda. 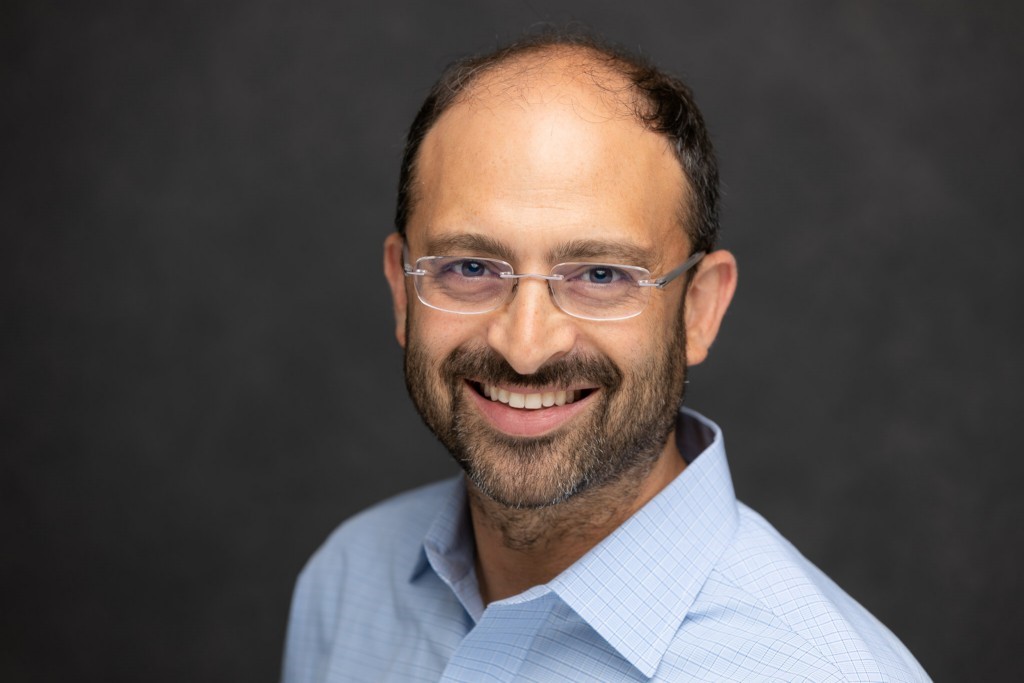 Adam Miller comes to the Oakland Zoo with over 20 years of finance and operations leadership experience in the education sector, where he worked for mission-driven organizations supporting the growth of high-quality opportunities for all students from kindergarten through college. He has presented on finance, strategic planning, and operations at conferences across the country and has served on multiple non-profit boards including Learn Fresh and Stanford Associates Board of Governors. At Oakland Zoo, Adam oversees all aspects of finance, operations, and park service functions. 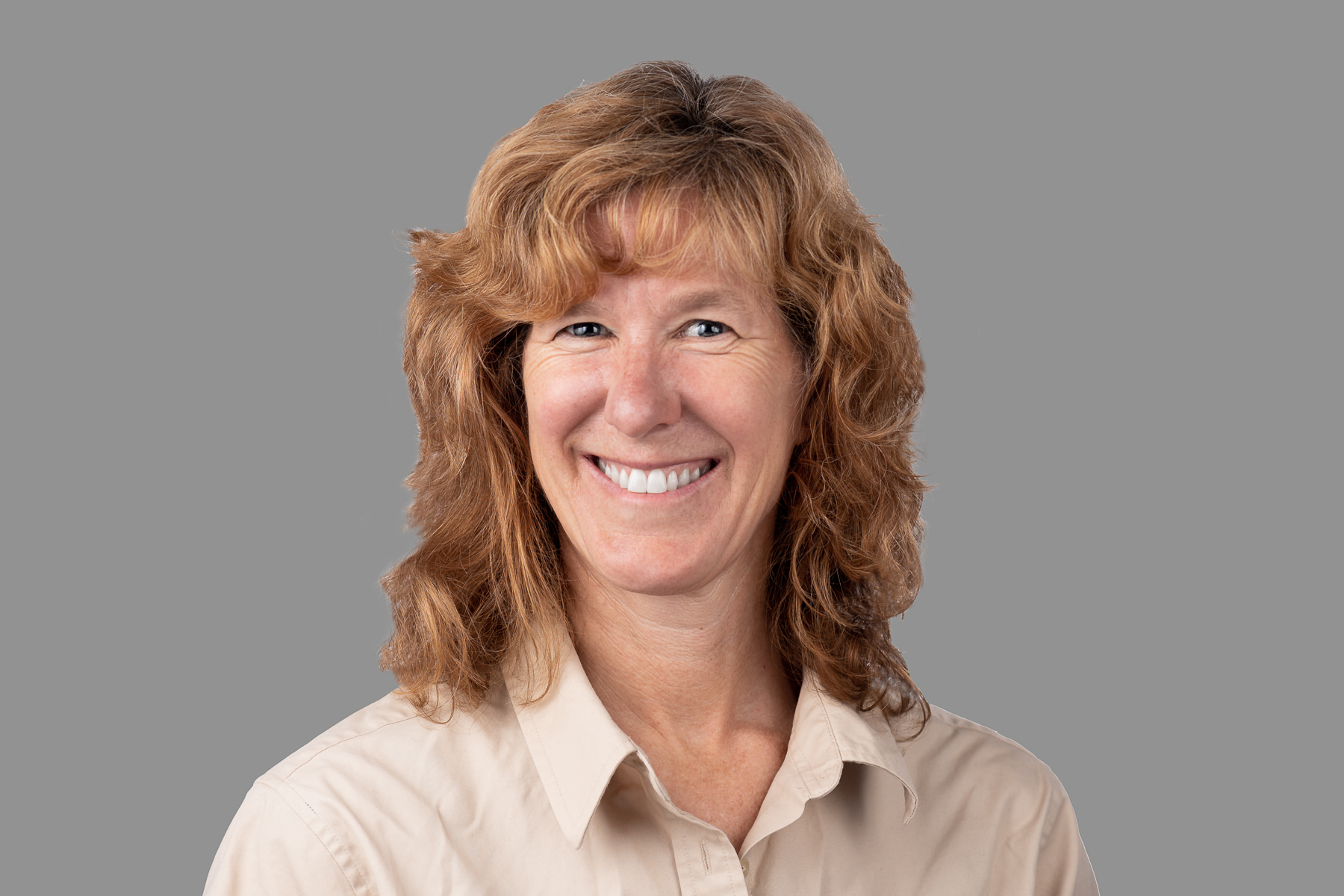 Colleen Kinzley directs the Zoo's animal care, wildlife conservation, and research programs. In this role, Colleen has driven a cycle of continuous growth and improvement for animal welfare at the Zoo. This means she also helps a staff of over 50 people responsible for habitats and animal welfare to continuously grow their understanding of what makes a healthy and emotionally-positive environment for all animals. Under her guidance, Oakland Zoo has become known for its spacious habitats and behavior management programs which provide animals with freedom of choice and control over their environment.

In 1990, Colleen came to Oakland Zoo as the manager of the Zoo's elephant program, transitioning it into a protected contact system where keepers only use positive reinforcement with elephants and are always protected by a barrier. During her time at the Zoo, she has overseen the development of the African Savanna, Children's Zoo, California Trail, expansion of the elephant habitat, as well as construction or remodeling of many other habitats to continually improve animal experience.

While earning her Master's degree from Cal State East Bay, she participated in research both at the Zoo and in Namibia studying elephant communication and social behavior. Colleen’s commitment to vital research relationships deepens the Zoo’s ties to research facilities, animal welfare advocates and leaders in the conservation of animals in the wild. 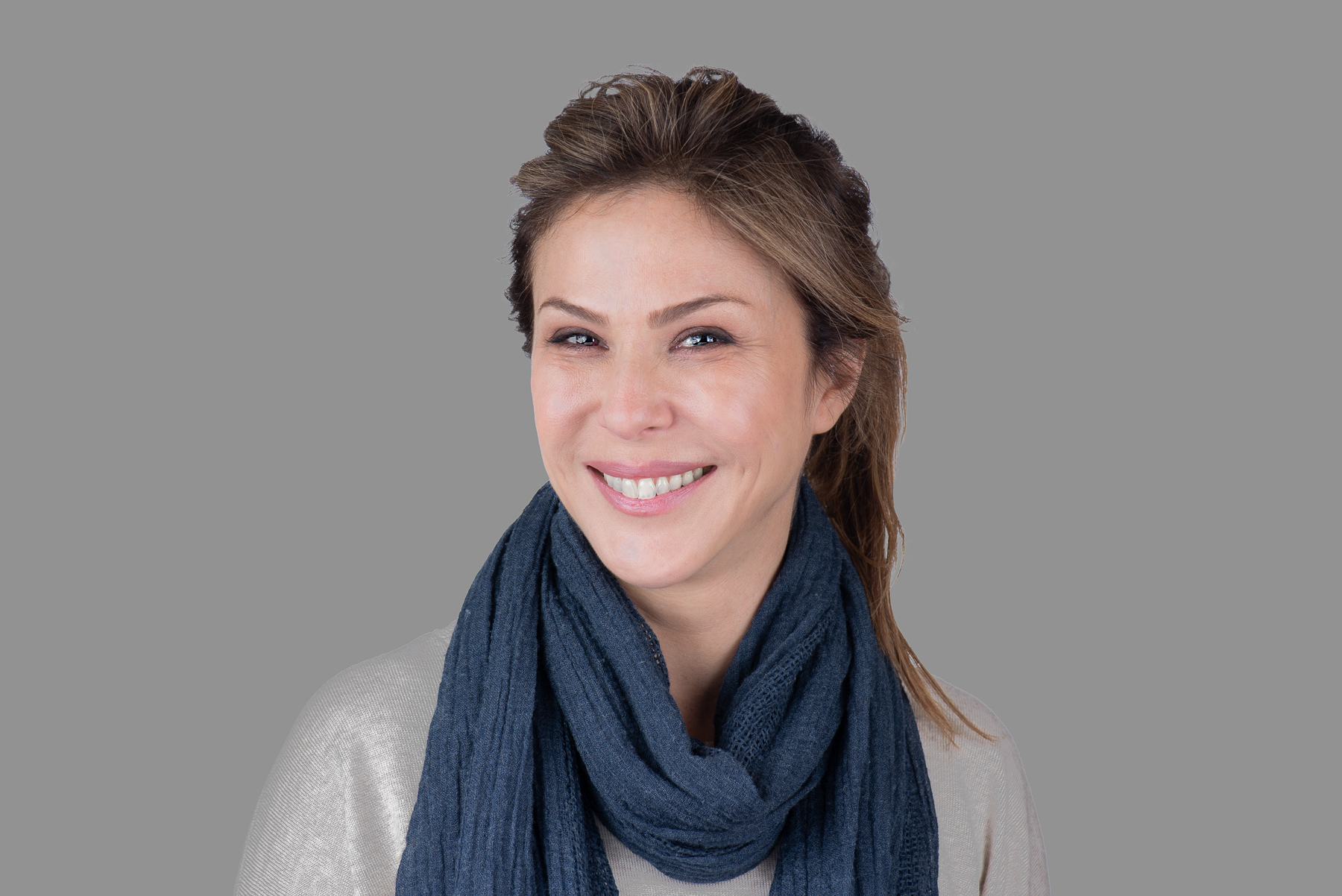 In her career in marketing across multiple industries, Erin drives all marketing and communications strategy and functions for the Conservation Society of California — Oakland Zoo. Responsible for developing and evolving the brand presence that is the voice of the Zoo, she creates campaigns from concept to execution, working across multiple marketing platforms. These marketing campaigns are produced to meet the Zoo’s overall goals and growth, including brand development, driving attendance, publicity / PR to promote the Zoo’s work in animal welfare and conservation leadership, events, alliance partnerships, and more. She and her dedicated team direct and manage all creative, social media, digital platforms, and onsite collateral. 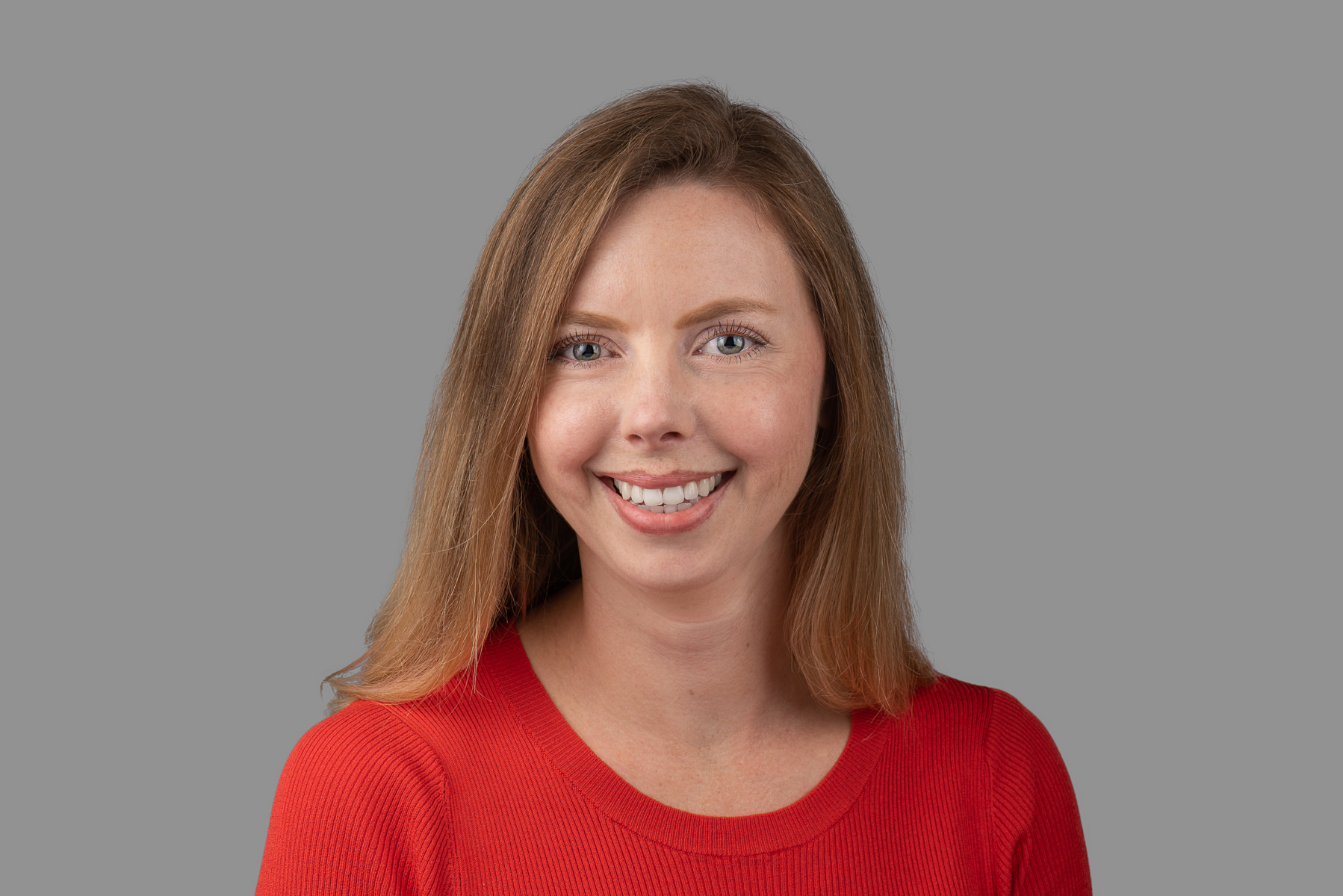 Kristin is responsible for fueling the Conservation Society of California via philanthropy, membership and admissions, and expanding the Zoo's impact in education, conservation, and access. She began with Oakland Zoo in 2019 as the Vice President of Development.

Previously, Kristin was the Associate Director for the Exploratorium's Capital Campaign, raising funds for programs and endowment.

Kristin earned her Masters in Business Administration from the University of San Francisco, and Bachelors degrees in Art History and Anthropology from UC San Diego 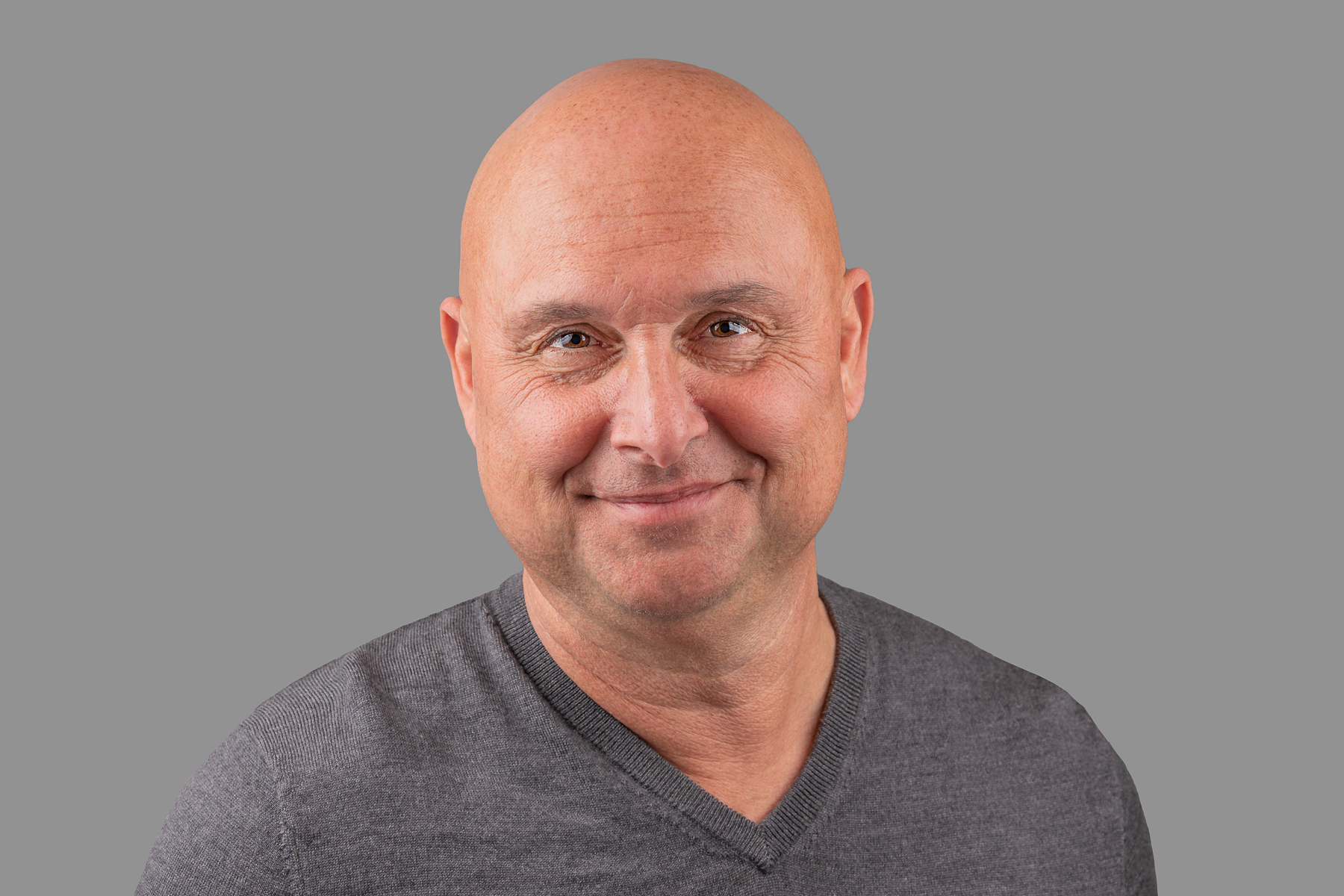 Cashiers, ride attendants and staff, and our Gondola boarding assistants represent the critical members of our Operations team. As the Vice President of Operations, Mark brings the insights of his team on the ground to other Leadership Team members to enhance our guests' experience through operational excellence and shared vision.

With over 35 years in the operations industry, as a Training General Manager and as a District Manager for prestigious brands like Starbucks and Boudin Bread, Mark brings to the Zoo his operations acumen. He has presided over many operations store design planning sessions, writing of training plans as well as customer ease of use and customer flow boards. 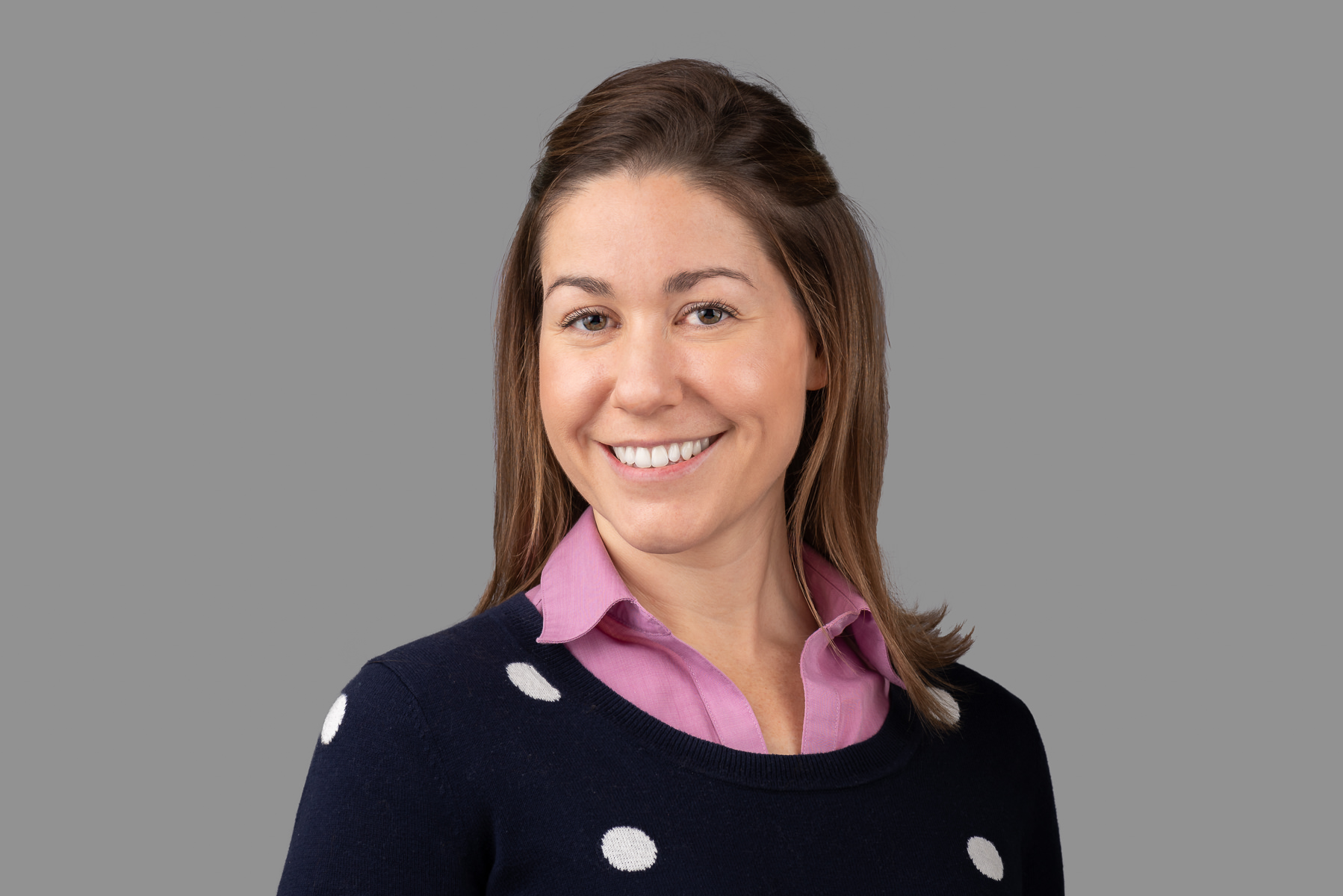 Every adventure to Oakland Zoo is an insightfully-choreographed encounter designed by Michelle and her team and executed in collaboration with every department to achieve one goal:to positively connect visitors to the Zoo with nature by offering experiences that will last a lifetime.

A former member of Actor’s Equity with an extensive background in theater and in visitor engagement at such high-profile vacation spots, Michelle works with her team to make every moment in the park magical. This requires not only creativity in design and story, but a clear focus on the value of the individuals who make those ideas a reality. Michelle works to develop professional growth opportunities for her team, from staff to volunteers to docents.

Michelle’s ultimate goal is to utilize her background and her fellow Leadership Team members to cultivate an amazing group of individuals and whose passion and personalities shine for everyone welcomed into the Oakland Zoo family. 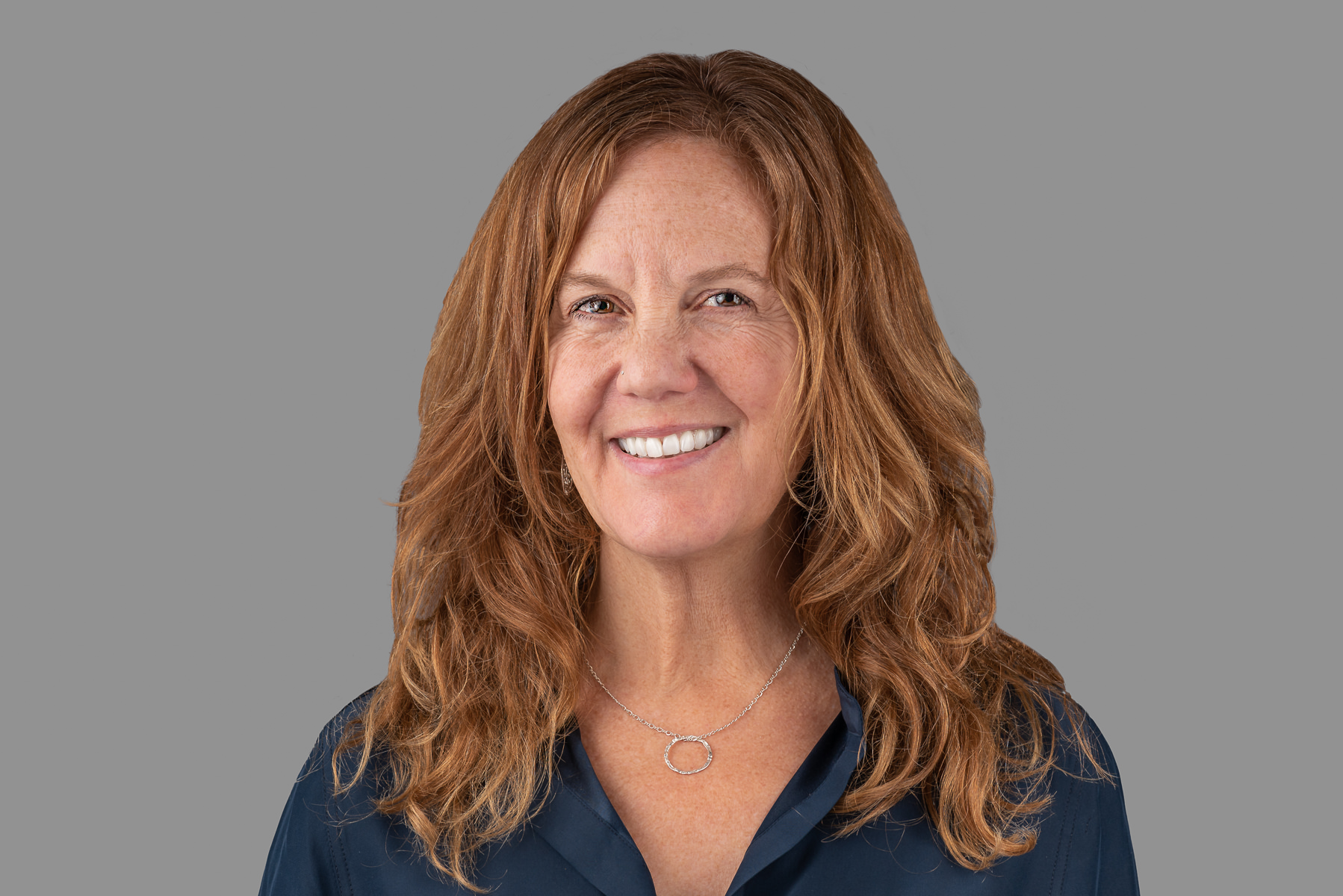 Amy Gotliffe has a mission to connect human beings to nature, envisioning a planet where all species live in peaceful co-existence, which makes her a perfect fit for Oakland Zoo.

With certifications in humane education, nature-based leadership, conservation psychology, human-wildlife conflict resolution, nature interpretation and influencing conservation behavior change, Amy’s work at the Zoo focuses on reconnecting people with our sense of belonging to the natural world and better understanding our impact on it.

As Conservation Director at Oakland Zoo, she coordinates events and projects to meet the conservation goals of the Zoo around the world and in the Bay Area. These efforts range from building a Conservation Speaker Series, to leading international conservation expeditions to producing awareness events to coordinating the Zoo's on-site sustainability efforts. Amy drives massive and enthusiastic, inter-departmental efforts to conserve biodiversity around the globe and in our own backyards. 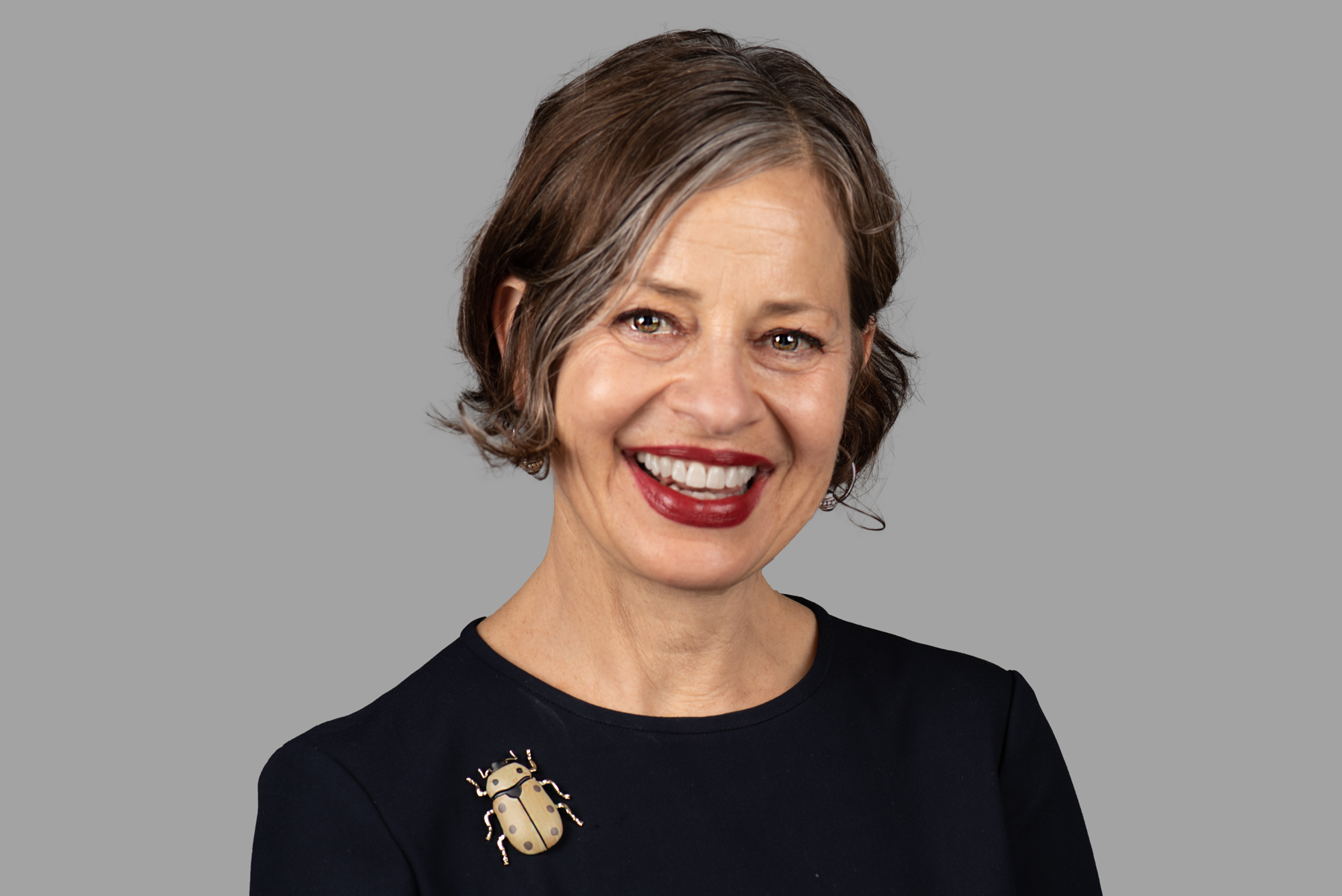 Dr. Alex Herman received her Bachelor of Science from the University of Minnesota (Mpls-St.Paul), her Doctor of Veterinary Medicine from UC Davis, and graduated from the Veterinary Management Institute at Colorado State University, Fort Collins.

Prior to becoming Oakland Zoo’s full-time Vice President of Veterinary Services in September 2019, she spent fifteen years providing medical, surgical, and dental services to the Zoo in a part-time capacity. Her veterinary skills were invaluable to the California Condor Recovery team and all the animals at Oakland Zoo ­— from Amazon milky tree frogs to giraffes.  At the same time, she worked for more than two decades to develop a full-service avian, exotics, wildlife, dog and cat practice in San Francisco.

Her goals in leading Oakland Zoo’s veterinary team are to maintain and constantly expand the most intentional, effective, high impact culture and evidence-based veterinary care for both the animals under the Zoo’s stewardship and those that comprise our conservation work.

Dr. Herman lives in Berkeley with her husband and son. She cherishes the Oakland Zoo and is honored to provide the highest level of care for our fascinating and amazing animals. 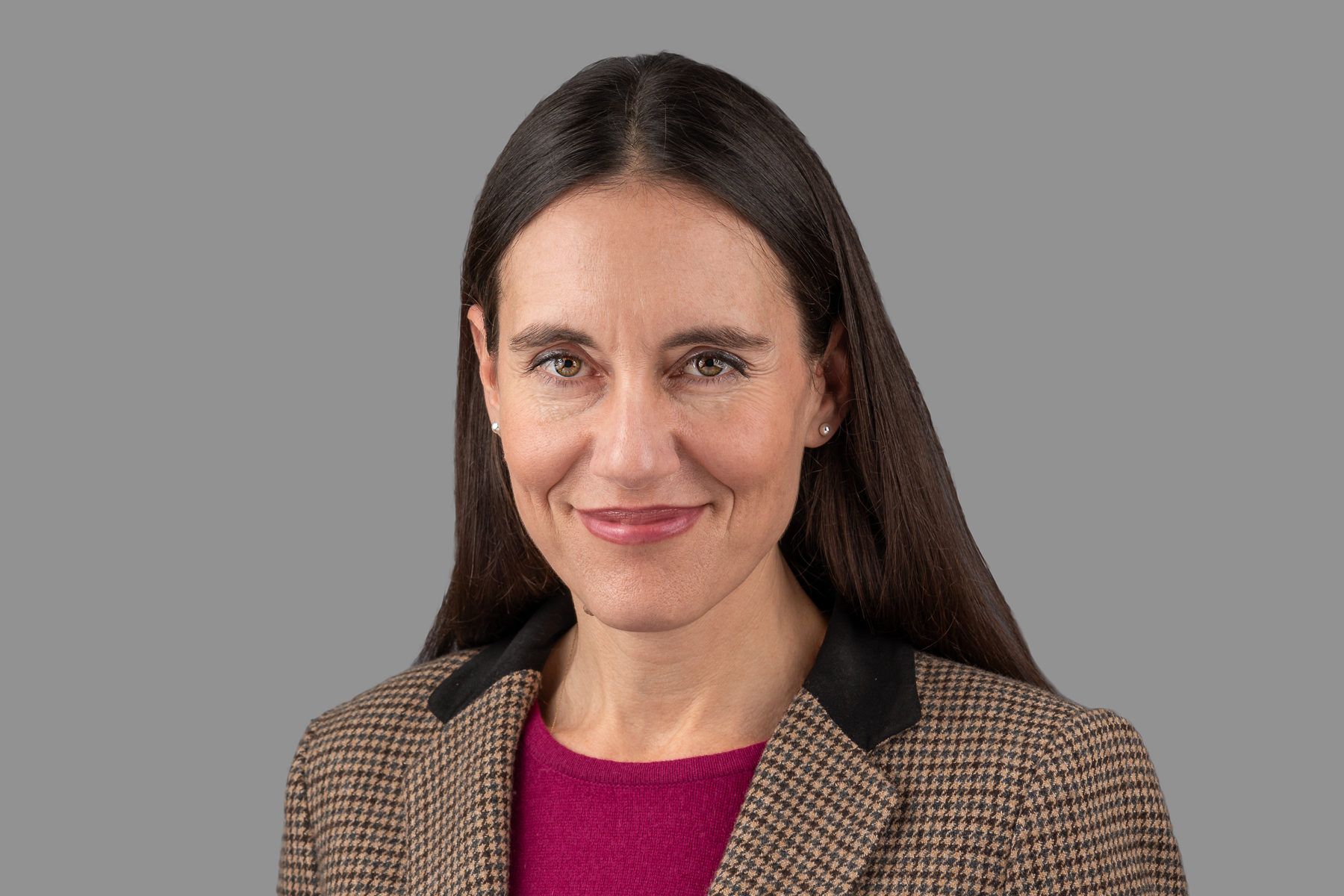 Caterina empowers educators and learners of all ages to continually ask questions and deepen their understanding of the world around them. She’s a natural fit to support the Zoo’s mission of creating awareness, fostering a sense of responsibility and preserving wildlife and its habitats through experiential, joyful learning. In her role as Vice President of Education, she works with the Zoo’s dynamic team of talented educators to design and deliver learning opportunities ranging from school classes and assemblies to volunteer training for Docents, Teen Wild Guides and the Creek Restoration Team.

Caterina is a native of Spain and has lived in the Bay Area for over 25 years, graduating from U.C.Berkeley with a B.S. degree in Conservation Biology and a PhD. in Environmental Science, Policy and Management. 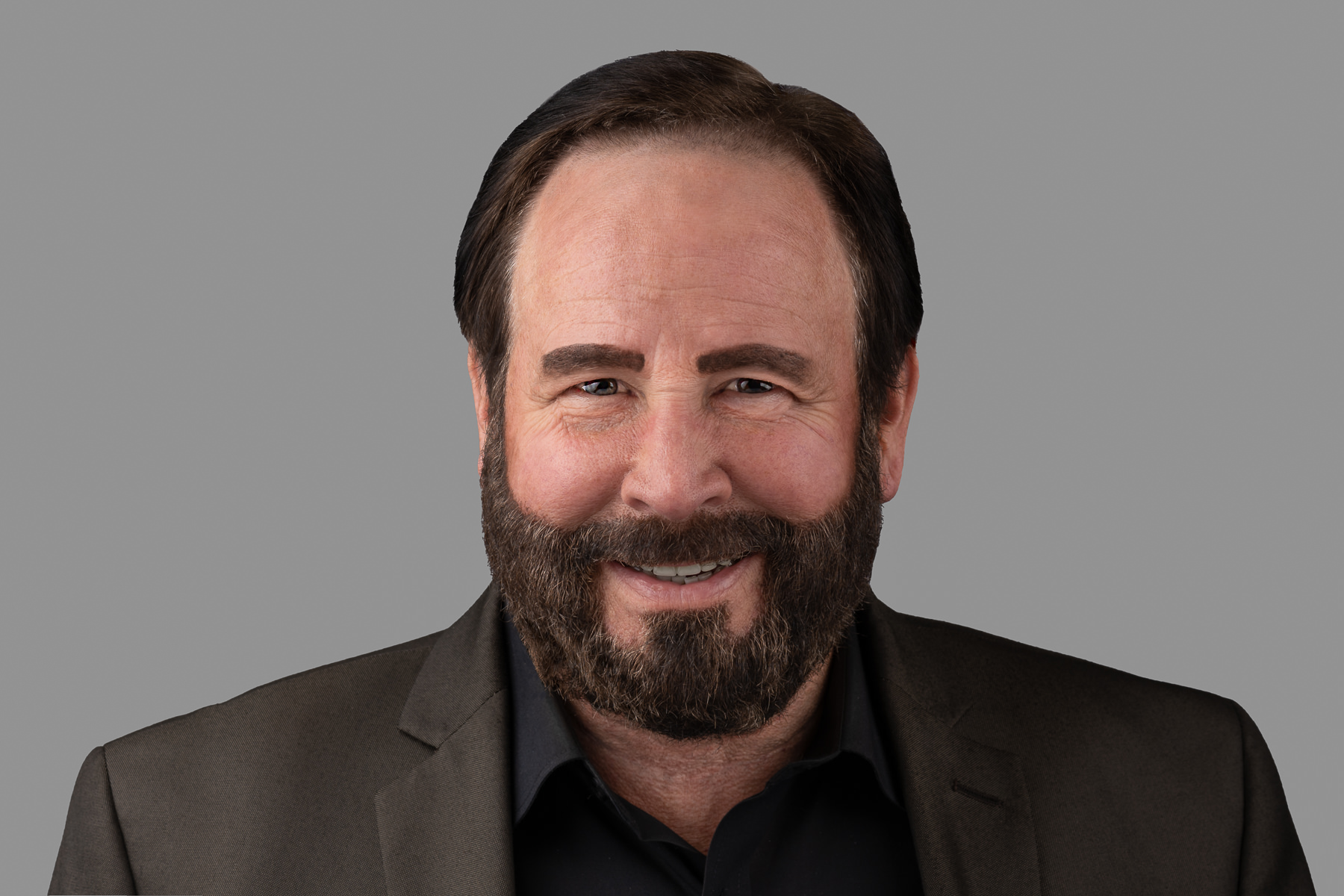 Bob Westfall oversees the Public Safety/Security, Maintenance, Grounds, and Janitorial Departments. As a 25-year veteran of the Zoo, he has contributed to many Zoo projects and improvements through his extensive background in Park Safety, Law Enforcement, Loss Prevention, Contract Security, and Operations Management.

Bob’s focus is squarely on maintaining the Zoo's reputation as a safe environment for its guests and their families. To achieve this, Bob works with employees to deepen employee professionalism and service excellence. In his previous roles with Oakland Office of Parks and Recreation, Oakland Police Department and Children’s Fairyland on Lake Merritt, he honed the skills that bring the joy of the Zoo and security for all members of the Oakland community together.