Since 2014, Oakland Zoo has treated and released 52 endangered California condors back into the wild.

To see a California Condor soar over the cliffs of Big Sur is to truly experience the grandeur of the wild world. However, this beautiful bird is nearly extinct and would not be in existence today if it was not for human intervention. In 1986, the last wild California Condor was taken into captivity, amounting to a mere 27 remaining California Condors on our planet. Luckily, an alliance of organizations and zoos came together to conserve, breed, and release these giants into the wild, bringing to a halt the extinction of a magnificent species. California Condor numbers have grown, but they still face deadly threats. Oakland Zoo is proud to be part of the California Condor Recovery Program to help rehabilitate sick and injured Condors. Our commitment is to ensure condors never come close to extinction again. 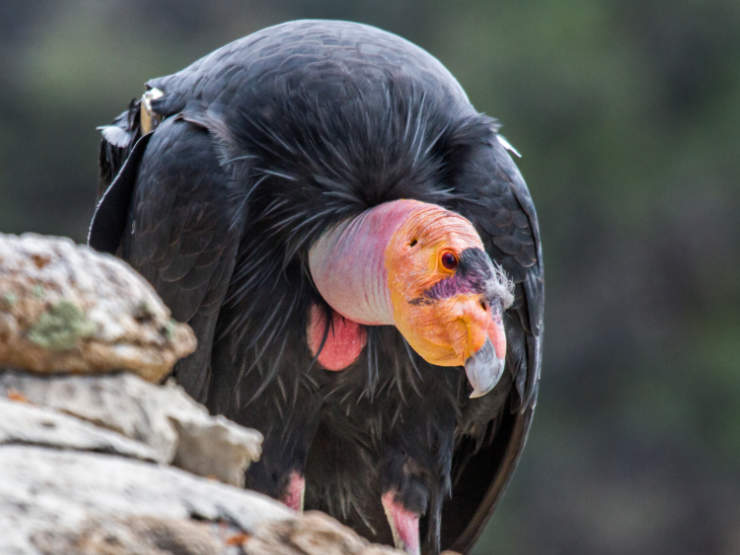 Though recent numbers are encouraging, California Condors are still classified as critically endangered by the IUCN and face ongoing threats to their survival.

As opportunistic scavengers, the biggest threat to condors is poisoning from lead shot. Lead bullets fragment into hundreds of pieces when they hit a target, and when condors feed on the carcasses of those targeted animals, the birds ingest the poisonous metal. The fragments and the lead itself cause damage and severe illness or death to condors.

‍Tiny bits of trash like broken glass, bottle caps or even the corners of a wrapper look like food for a young chick. When condor parents bring these colorful bits to the nest for feeding, the micro-trash can get stuck in the gastrointestinal tract of young condors and cause impaction, preventing the birds from digesting food and resulting in starvation or death.

‍Habitat loss and obstruction pose a threat to most animals, including condors. Condors need adequate nesting sites, roosting sites and foraging habitat with adequate food for their basic survival. Human encroachment through land development can adversely affect condor behavior and reduce the number of mammals on the landscape, resulting in less food sources for condors. Collisions with power lines and electrocution from perching on power lines or poles also pose a threat.

Climate change increases the risk of hot, dry weather that can fuel wildfires. In California, these fires have killed condors, destroyed habitat, and wiped out condor recovery centers. 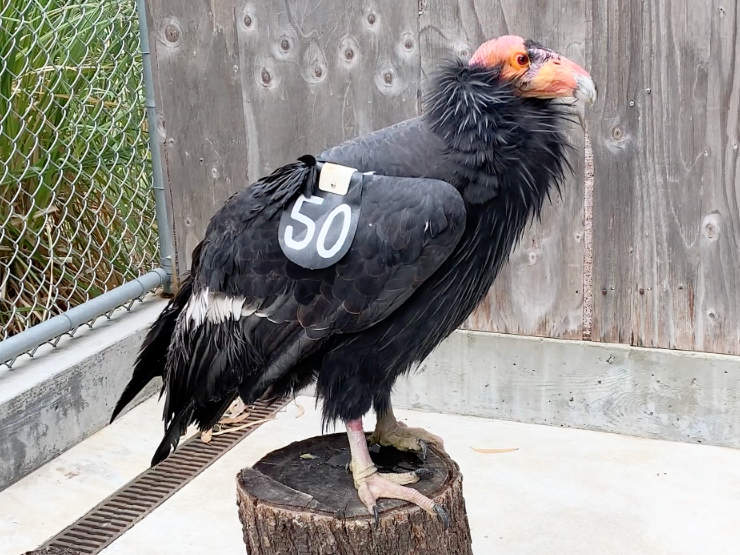 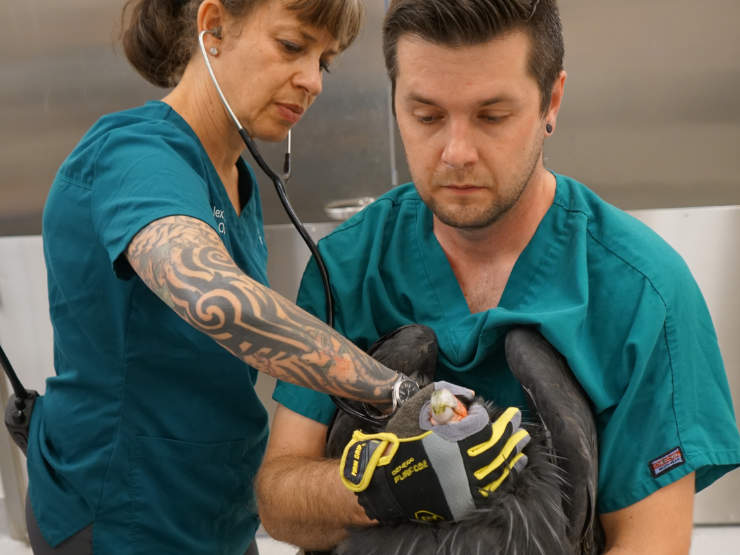 A condor is examined by Oakland Zoo vet staff prior to being treated for lead poisoning.

Oakland Zoo is Taking Action for the California Condor

A holding facility was constructed on Oakland Zoo’s property to ensure a quiet space that offers critical treatment for sick or injured condors. This center provides a safe environment for condors to receive essential veterinary treatments and animal care before being released back into the wild. On May 1, 2014, Oakland Zoo received and treated its first California condor suffering from lead poisoning. Since then, we have treated dozens of condors and have assisted in numerous condor releases where the birds return to their natural habitats. The recovery center features a live webcam so you can observe condors when they are here for treatment.

Oakland Zoo's veterinary staff is trained to provide medical care, including lead chelation therapy, to wild condors that are deemed ill or injured by field biologists. Our veterinary staff is also actively involved with biologists in the field and at major universities, collaborating on projects to better define the threats to condors and find solutions. Several members of the Zoo's Animal Care, Conservation, and Research department are also trained in condor husbandry and play an integral part of in caring for California Condors rehabilitating at the zoo.

Oakland Zoo supports the lifesaving work of Ventana Wildlife Society through grants and by providing monthly supplemental food for wild condors in Big Sur, California. Oakland Zoo worked with FedEx to place the first California Condor cameras in the field, allowing field biologists and the public to observe condors in their natural habitat. The zoo also supports the work being done at Pinnacles National Park to conserve California Condors in that region. Oakland Zoo veterinary staff are serving as the primary advisory veterinarians at the Yurok Condor Restoration Program site in the Yurok tribal territory in Northern California. Condors released from this brand new site will be the first to fly free north of San Francisco since 1910.

Ventana Wildlife Society is committed to conserving native wildlife and their habitats, and is an active support in the CA Condor recovery program through treatment of lead poisoned birds, radio tracking and monitoring, captive breeding, and public education.

The California Condor Recovery Program is a multi-organizational group responsible for the management and rehabilitation of California condors, particularly from the ravages of widespread lead poisoning on the still-endangered population. 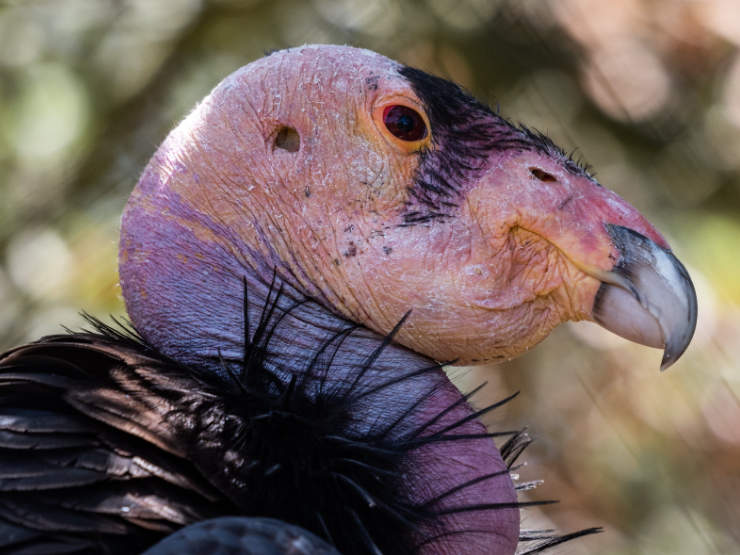 Taking Action for Condors: You Can Too!