The native yellow-legged frog, which once hopped throughout California’s upper elevations has seen a precipitous population decline of more than 90 percent in the past decade due to chytrid, a skin fungus that thickens the frog’s skin so they can’t breathe. Researchers at University of California, Santa Barbara and Oakland Zoo are collaborating to create an inoculation procedure against the fungus. Frogs who have received inoculations are then released back to the wild and monitored by Fish and Wildlife biologists, where environmental and biological challenges make reintegration to their habitat more difficult than anticipated. 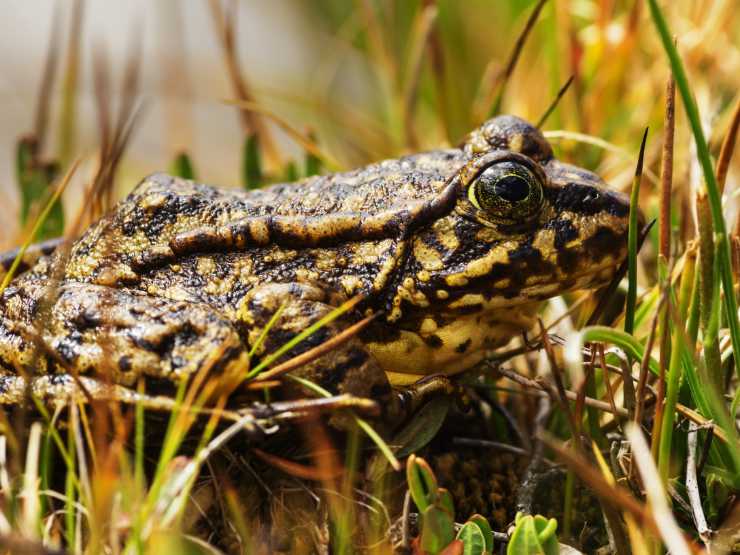 The native yellow-legged frog was once one of the most numerous animals in the alpine habitats of the Sierra Nevada mountains. It is now on the verge of extinction due to the decimating effects of the chytrid fungus. This fungus attacks the permeable skin of susceptible amphibian species, rapidly reducing populations of frogs to nearly zero within a few weeks.  Chytridiomycosis, the disease caused by the chytrid fungus, is a global pandemic and has been called the greatest loss of biodiversity ever caused by a pathogen. Once the chytrid fungus is present in the environment, the chance of infection is very high. This can greatly hamper the reintroduction efforts of unaffected frogs back into the wild. 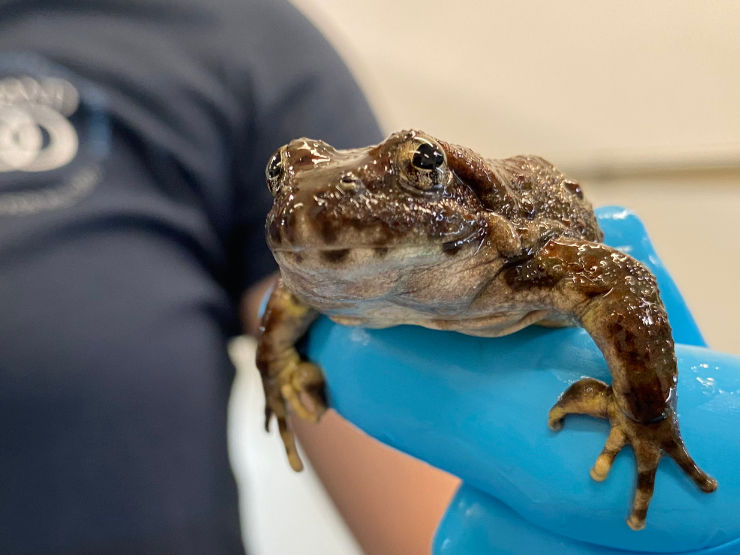 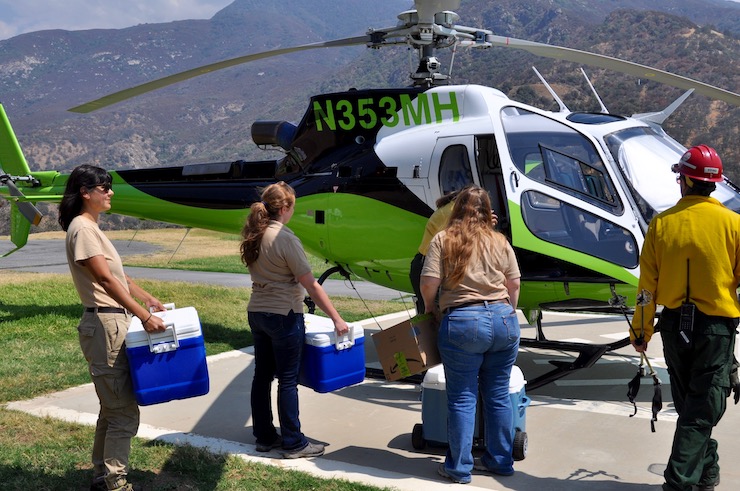 Mountain yellow-legged frogs being loaded into helicopter to be released in Kings Canyon National Park.

Oakland Zoo is Taking Action for the Native Yellow-Legged Frog

There is hope for the recovery of the native yellow-legged frog, and other species affected by chytrid, through the pioneering work of the University of California, Oakland Zoo, and other partners which make up the High Mountain Lakes Project. This project studies the natural resistance of survivor populations of the native yellow-legged frog, investigating potential antifungal skin bacteria, antifungal skin peptides, and even genetic resistance.

At the Oakland Zoo, we study an inoculation procedure which includes infecting the frogs with a controlled amount of fungus and allowing their immune systems time to recognize the pathogen before treating them with antifungal baths to cure them.  We hope that this controlled infection will allow their immune systems to recognize and fight off the fungus if they encounter it again after they have been released to the wild.

Oakland Zoo also supports the Rapid Response Team both financially and with skilled team members. The Rapid Response Team is able to mobilize within a few days of a biologist identifying a new outbreak in the wild.  Since chytridiomycosis kills fast, it is important to treat as many frogs as quickly as we can in the field.

California Department of Fish and Wildlife

The California Department of Fish and Wildlife manages and protects the state's wildlife, wildflowers, trees, mushrooms, algae, and native ecosystems. 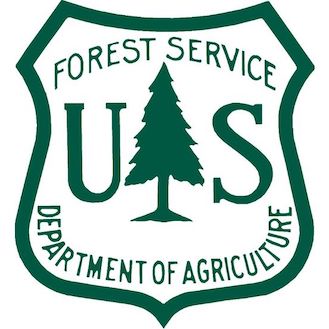 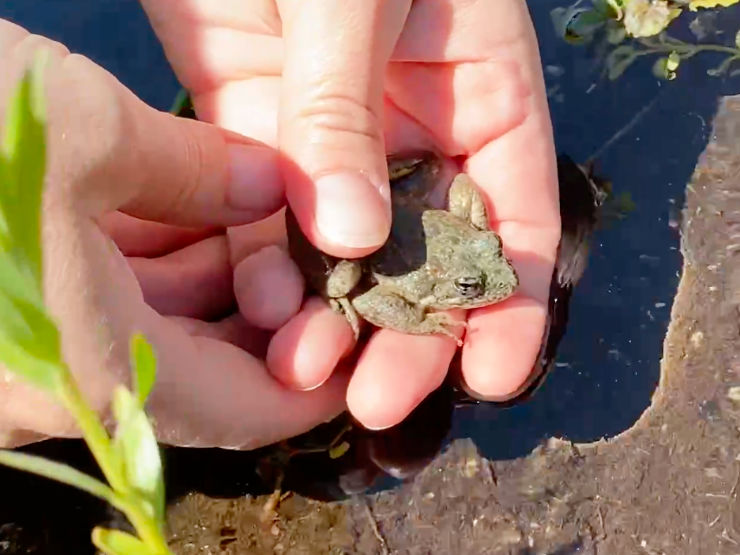 Releasing a yellow-legged frog back into the wild in Northern California.

Taking Action for Native Yellow-Legged Frogs: You Can Too!