Wildlife is all around us. Squirrels, raccoons, foxes and more can fascinate us, but they can also cause conflict with humans who share their environment. Oakland Zoo, in partnership with Urban Wildlife Information Network (UWIN), has embarked on a comprehensive study of the wildlife in and around the city of Oakland. UWIN is an alliance of researchers who use the wildlife monitoring protocols created at Lincoln Park Zoo’s Urban Wildlife Institute to understand the ecology and behavior of urban species. 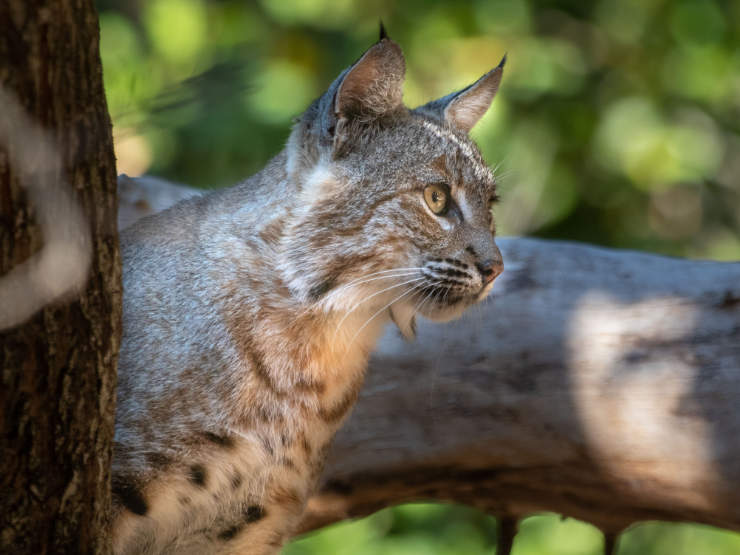 In a park In San Jose, CA, a bobcat rests in a tree.

Urbanization is increasingly encroaching on wildlife habitat. Loss of habitat has created a biodiversity crisis. The loss of even one species can have a tremendous impact on the entire ecosystem as well as our way of life. For example, if honeybees became extinct, we could lose up to 70% of the agricultural crops that feed 90% of the world. 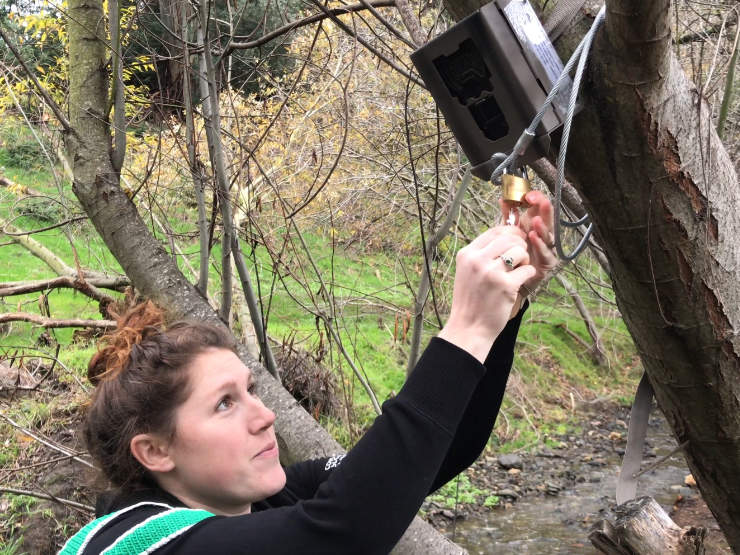 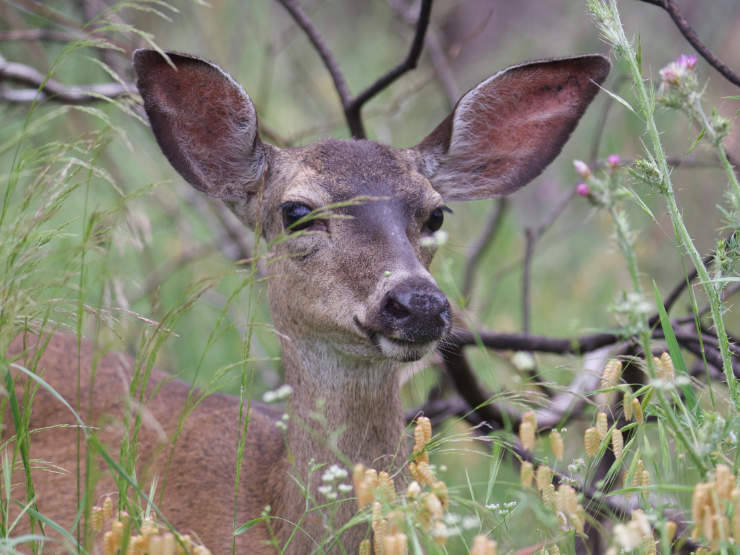 A deer nestled in the brush.

Trail cameras photograph wildlife automatically as they pass through the motion sensors. The cameras are placed near game trails or water sources where wildlife is likely to be. The cameras can take photos or video and give us the opportunity, not just to see wildlife, but to observe their behaviors and interactions with their environment and each other. This information will help city planners and wildlife managers to provide opportunities for humans and wildlife to coexist. By comparing data throughout the network, we can understand differences in animal behavior across regions and find patterns that remain consistent around the globe. UWIN works to provide city planners, wildlife managers, and researchers with the tools needed to make cities part of the solution to the biodiversity crisis.

Trail Cameras in the City of Oakland

Oakland Zoo sets up trail cameras along 2 transects across the City of Oakland. We share that data with UWIN as well as East Bay Regional Park District, Bay Area Puma Project, and local universities. We track and monitor wildlife across a range of very urban to rural which demonstrates how urbanization affects species biodiversity. Sharing animal presence and movement data with local managers and conservation organizations provides valuable information for maintaining biodiversity. Our data will be combined with the data from UWIN data from allover the country to gain a bigger picture of biodiversity all over the US as well as within our city.

Oakland Zoo’s education department incorporates the trail cameras and data into many of its programs. School children, scouts, and overnight programs allow kids to see wildlife they may not normally see in an in urban environment due to the nocturnal nature of many urban animals. Learning about the biodiversity that is all around them inspires children to become conservationists themselves. 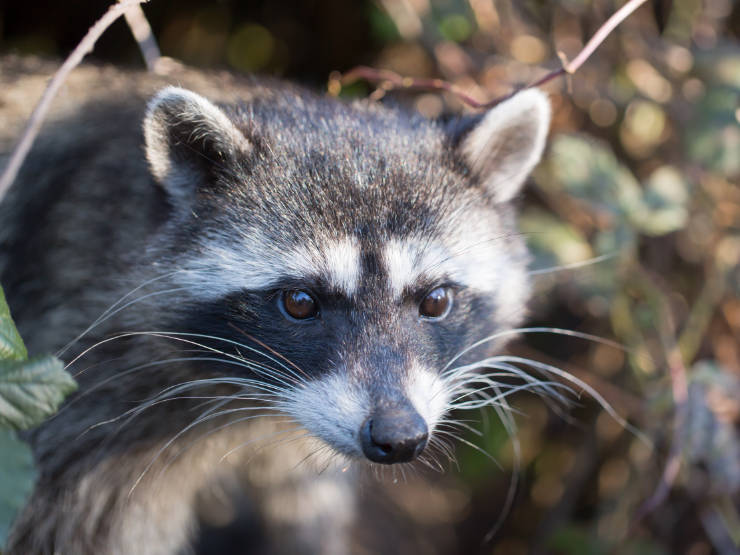 Raccoon in front of a berry tree.

Taking Action for Urban Wildlife: You Can Too!