Oakland Zoo, in partnership with the San Francisco Zoo and Sonoma State University, began the first Western Pond Turtle head-start program in California, which has, as of 2011, nurtured and released over a 100 turtles back into the wild.

Western Pond Turtles were once plentiful and ranged from as far south as Baja California to as far north as British Columbia. For many years their habitat range has been shrinking and they are currently only found in parts of California and Oregon along with two small populations in the state of Washington. Their shrinking populations are credited to habitat loss, non-native predators and crowding by non-native turtle species. Our current efforts at reintroduction are focused on a few pristine lakes where non-native turtles have not yet made an incursion. 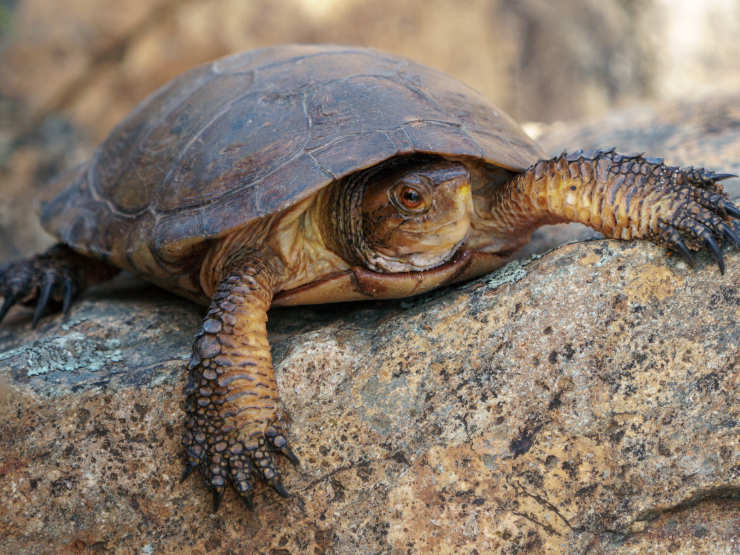 American bullfrogs are native to the East coast states in the US. Early settlers had a taste for frogs and nearly wiped out the California red legged frog for their dinner plates. To keep up with demands in the 1890's, American bullfrogs were imported from the east coast. The large and aggressive frogs eat other frogs and hatchling turtles. Largemouth bass are often stocked in local lakes during fishing season for the benefit of sportfishing. Unfortunately, as their name implies, a hatchling turtle is very much bite-sized for a largemouth bass.

Many species of turtle are very commonly sold in the pet trade. Turtles however are long lived and require very specific conditions to thrive. Many well-meaning, but misinformed pet owners have released their pet turtles into the “wild,” thinking that they were doing their pet a favor. Unfortunately, the most common of these is the red-eared slider who is very gregarious and naturally “pushy.” These turtles easily out compete our own shy western pond turtle for food resources and basking spots. 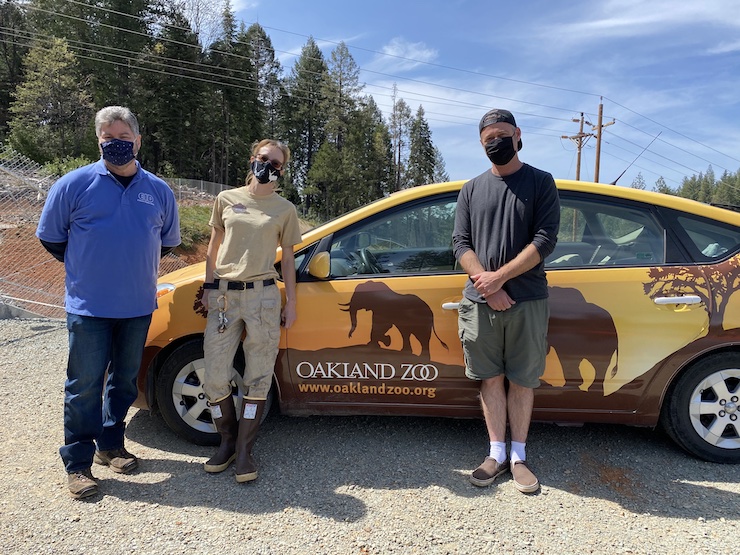 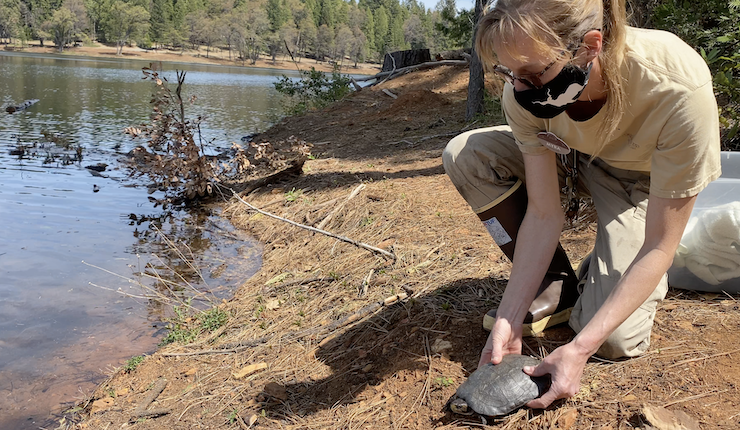 Oakland Zoo Keeper Myra releases a turtle back into the wild.

Oakland Zoo is Taking Action for the Western Pond Turtle

Dr. Nick Geist, professor at Sonoma State University, recognized a dearth of information on the western pond turtle (the only native freshwater aquatic turtle residing in California) and set out to correct it. He immediately enlisted the eager assistance of Oakland Zoo and San Francisco Zoo in researching the species. Dr. Geist and his graduate students oversee research that has allowed us to expand our knowledge of the western pond turtles’ diets, home range nesting grounds, nest fidelity, egg incubation conditions and temperature dependent sex determination. Each nesting season, Oakland Zoo, San Francisco Zoo and Sonoma State students spend a month tracking, marking, and monitoring gravid female turtles. Nests are then either protected with exclusion devices to prevent predators from digging them up or the eggs are collected and incubated in the lab at SSU. Hatchlings are raised in optimal conditions at these zoos for 1 year before being released back into the wild, strong enough to thrive.

Through the research being done at Sonoma State University, Oakland Zoo, and San Francisco Zoo, we have amassed a large body of knowledge about the behavior and biology of Western Pond Turtles. We know that their nesting sites are often very far from their ponds and we can accurately predict the sex of the turtles based on the temperature of the nest site. This means that conserving their habitat is even more important than we previously knew.

Oakland Zoo is also “head starting” the turtles on-site: Turtle hatchlings are raised in optimal conditions for their first year, during which they can reach the size of a three to four year old turtle in that single year. They are then released into the wild, where their size prevents them from being easily swallowed by the predators like the American bullfrog or largemouth bass.

Zookeepers and educators from both participating zoos meet with local conservation groups and attend local festivals  to get the word about the plight of the western pond turtle.

The San Francisco Zoo is home to over 2,000 exotic, endangered and rescued animals representing more than 250 total species; built on the belief that nature-focused interaction leads to conservation action, the San Francisco Zoo is an urban oasis where learning about animals inspires visitors to care for all wildlife. 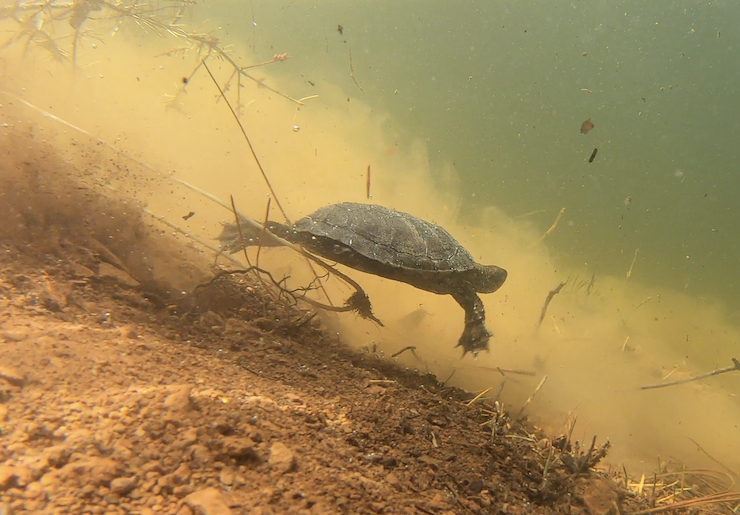 Taking Action for Western Pond Turtles: You Can Too!